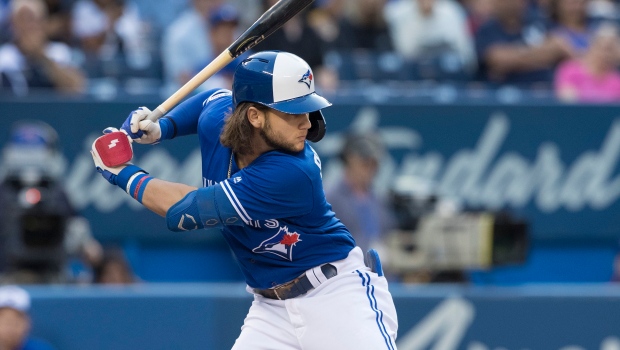 
After taking 2 of 3 from Boston, the Blue Jays face a stiffer challenge with the NY Yankees in town, and still trying to lock down first spot in the AL and home field advantage until at least the World Series. Tonight, Anthony Kay made his second career start and first at the Roger's center after firing 5.2 solid innings five days ago. Blue Jays killer Masahiro Tanaka is on the bump for the Yankees. Tanaka was 13-5 with a 2.69ERA in 20 career starts against the Blue Jays before tonight's tilt. Bo Bichette got the half day off, serving as the DH, with Richard Urena taking his spot at SS. Rowdy Tellez got the start at 1B and Reese McGuire was behind the plate.The outfield was Teo between Billy McKinney and Grich. Could the Blue Jays steal a win vs. the Yankees? Here is tonight's game recap.