The Blue Jays gave it a good fight in yesterday's third game, but ultimately lost again.  They're still 0-for-September and look to salvage the finale of a four-game series this afternoon against the Rays.

Jacob Waguespack looks to snap a two-game losing streak and get back on the winning track as he takes the ball for the Jays, facing off against 6'8" Tyler Glasnow, who is returning from a long stint on the injury list.  Glasnow, who will likely be limited to about 50 pitches or so, is a career 0-2, 7.41 in four starts against the Jays.

But hey, how about Anthony Kay?  Nice debut outing and he's already provided more value in his one start (0.2 bWAR) than Marcus Stroman has in 7 starts as a Met (0.1 bWAR).  Woo, we won something for a change! 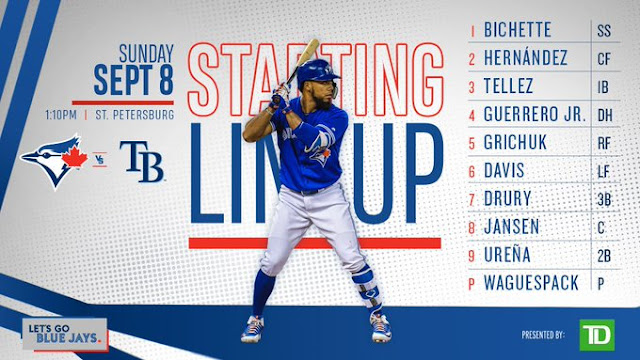 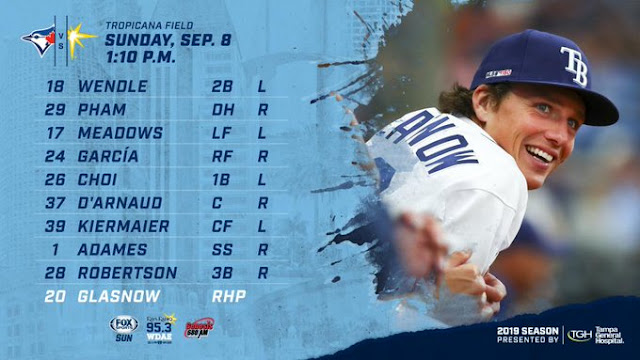