The Blue Jays' march to mediocrity continues as they're in the midst of a 35-game closing stretch where 26 of the games are against post-season contenders.  So far, they've gone 2-8 and things don't get easier with two series against Tampa, two against the Yankees (2) and one vs. Boston.

The fight for a 2020 rotation spot is on the agenda for Trent Thornton as he takes the ball tonight, going up against Austin Pruitt of the Rays.  Pruitt is making his second start of the season after coming out of the bullpen his first ten appearances.

Roster moves:  Brock Stewart and Justin Shafer have been called up from the Bisons to reinforce (uh huh) the Jays' bullpen. 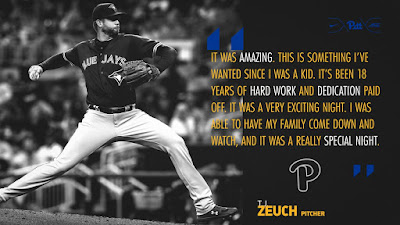 A reminder that tonight's game is aired only on YouTube:

Tonight's game is MLB's Game of the Week Live on YouTube. No log-in or account is required. #TuneIn and catch the action here: https://t.co/5ViMPTtZB9

The Jays need to go 7-15 or worse in order to finish with 100 or more losses, which should send Oakville into an apoplectic fit.

Aaron Sanchez is out for the season with a shoulder blister (h/t to Space Coyote) and Kevin Pillar crushed a 440-foot dinger.  For more deets and discussion on these happenings, check out the previous thread.  Yes, I'm lazy that way. 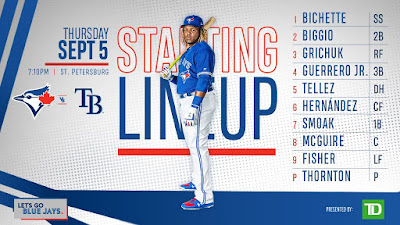 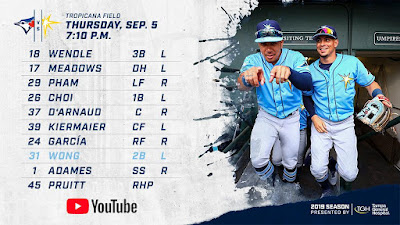