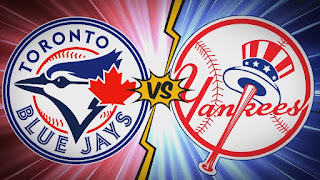 After doing Yankee fans a big favour in defeating the Red Sox 2 out of 3 in their last series, the Blue Jays get set for their regularly-scheduled beatdown by the Yankees as the mighty New Yorkers roll into town for a three-game series.

Anthony Kay makes his Rogers Centre debut for the Blue Jays as he makes his second major-league appearance.  No pressure, kid... you're only going up against a noted Jays-slayer in Masahiro Tanaka, who is 13-5, 2.69 in 20 career starts against the Jays.

The Yankees are limping into town with three injuries occurring in a doubleheader yesterday -- two ex-Jays (J.A. Happ and Edwin Encarnacion) and a renowned cock-puncher (Gary Sanchez).  Giancarlo Stanton and Luis Severino may return for the Yankees this weekend, though it looks more and more like they may be saved until next Tuesday.

Lourdes Gurriel Jr. and Elvis Luciano are expected to return for the Jays this weekend.

A Jays legend is in town:

The Pride of Puerto Rico 🇵🇷 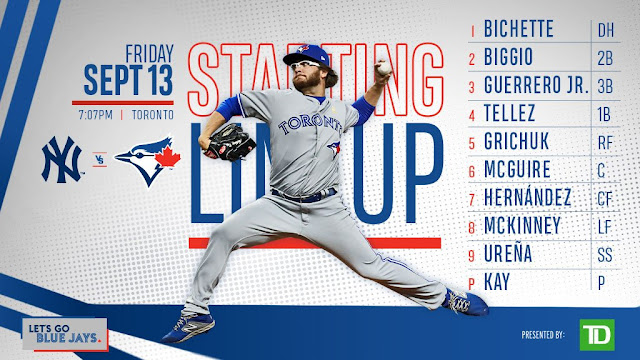 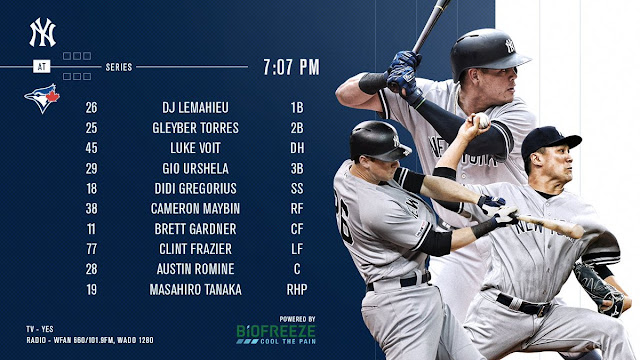