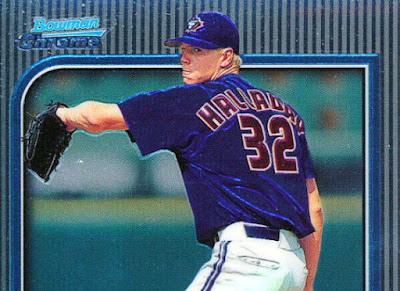 It's a big day with Doc Halladay being inducted into the Baseball Hall of Fame.

But, oh yeah, there's also a ballgame to be played.  The Blue Jays have won the first two games of their series against the Tigers and look to sweep the three-game set in today's afternoon matchup.

It's a battle of two young starters, each making their second major-league starts.  Jacob Waguespack will take the ball for the Blue Jays and left-hander Tyler Alexander will do the same for the Tigers.

Well, how about that?

The kids are GRAND 💪

Three strikeouts for Ken Giles after a lead-off double in last night's game.  Trade worthiness = back to full value, doing so in front of a crowd of scouts.

Thought this was worth posting here -- RADAR snuck this in just before I was set to make this thread live.  Here it is again...
Long read but worth it. Fifty years ago, the Bisons had the first black manager in AAA.
https://www.sportsnet.ca/baseball/mlb/hector-lopez-colour-barrier-buffalo-bisons-big-read/

Congrats to Scott MacArthur for taking the brave step to come out, and hope this will soon be treated as normal in the media so others (including active athletes) may be able to come out without any fear or discomfort.

The moment we've all been waiting for, the first homegrown talent that was drafted and developed by the Blue Jays to enter the Hall of Fame. 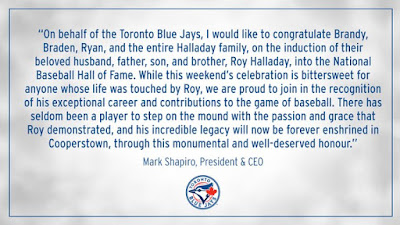 This was sad to see - Hall of Fame stones signed by surviving HOF inductees, missing of course Doc's signature.  It doesn't help that the stones are shaped like headstones, too. 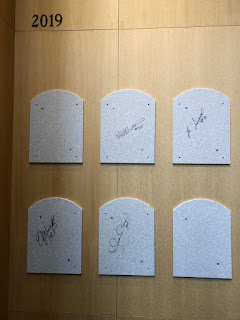 Plenty of articles, retrospectives and stories about Roy Halladay:

In 2010, I was in Clearwater, Florida arranging an interview with Doc in his first camp with #Phillies. The PR director asked if I could conduct it by 7AM.
Me: "Is that when Doc gets here?"
PR director: "No, that's when he leaves."
— Hazel Mae (@thehazelmae) July 21, 2019

The game misses you Doc. We all wish you were here to experience your weekend. Glad I had a front row seat to witness greatness every 5th day. Enjoy this weekend from up above. #HallOfFamer pic.twitter.com/z6JCHlCtbM
— Ricky Romero (@Ricky_Ro24) July 20, 2019


Threads on this site after Doc's passing: 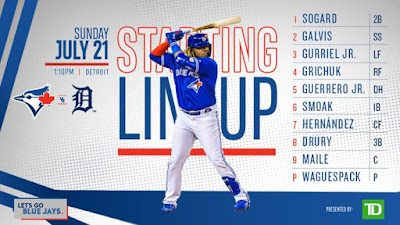