After an one-sided 12-1 thumping on Friday night with much of the game being played under threat of inclement weather, the Blue Jays look to carry on the offensive and pitching momentum into the second game of this three-game set.

Continuing his rather up-and-down rookie season, Trent Thornton looks to build some confidence against a struggling offence.  He'll face Van Norris, who is having a not-so-great season.  Norris has never started a game against his former team, though he has made two relief appearances.

Short and simple tonight with the game threat.  Tomorrow's going to be a big one with the Hall of Fame induction taking place -- I'm merging the ball game with the ceremony into one game threat.

With thanks to BoJack for posting this clarification on Dalton Pompey's status:  Jays have to either bring up Pompey by Monday, release him, or DFA him. His rehab assignment time is up and he was on the roster at time of being placed on the 60 day IL. And he has no options.

Danny Jansen apparently shaved in between at-bats in yesterday's game and it worked...


The secret to going 63-0 the rest of the way, clearly, is to be shaving in between at-bats for hitters and innings for pitchers the rest of the season. I mean, duh, do it.Hi 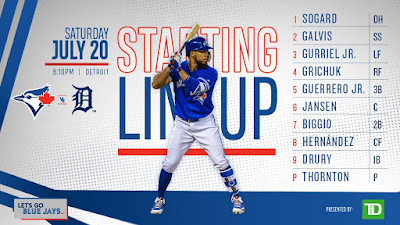 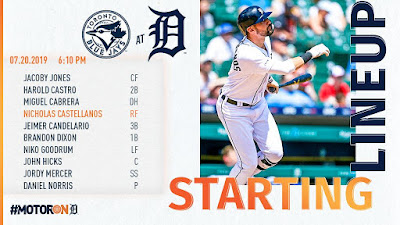