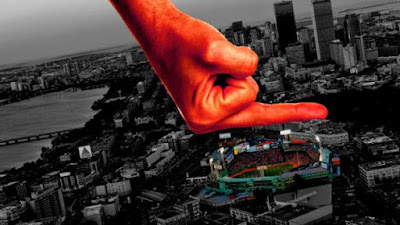 After losing 2 out of 3 to the Yankees, the Blue Jays head a few hours up the coast to Boston (also known as East Massholia) for a four-game series.  With any luck, the Blue Jays can make a serious dent in the playoff hopes of the Red Sox by pounding the shit out of them in this series and leaving that middle finger above seared into the grass at Fenway Park.

Trent Thornton takes the ball tonight as he continues his reasonably impressive rookie season, all in the name of development.  He takes on that overbloated porcini mushroom, Rick Porcello, who has a career record of 10-12, 5.47 against the Jays.

Rowdy Tellez was optioned to Buffalo after last night's game.  To no one's surprise, it was announced a short time ago that Billy McKinney would be called up to take Tellez's spot on the roster.  He's in the lineup for tonight's game, batting 8th.  Vlad Guerrero Jr. gets the night off to clear his head a bit.

Rumours a-plenty.  It was reported yesterday that some teams are looking at Marcus Stroman and Ken Giles as a package, while it's assumed the Jays would prefer to deal them separately to maximize the return.  Kinda like Stroman (let's say $7) and Giles ($5) being worth $12 total but teams want the 2-for-$10 discount.  Stand firm, Asskittens!

Yesterday's Braves vs. Padres game was a big night for Canadian baseball.


First time since May 18, 2013, that two Canadian starters faced each other on the mound.  In that matchup, it was Ryan Dempster of the Red Sox against Scott Diamond of the Twins. 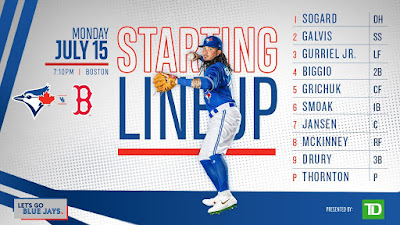 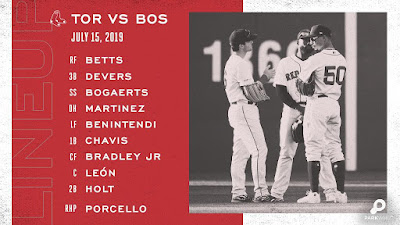 This is your "die Red Sox die" game threat.