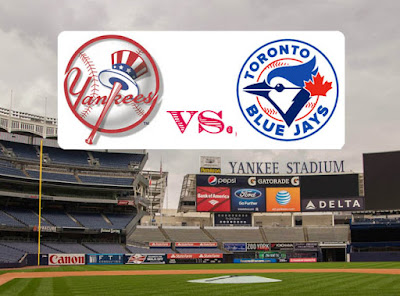 After a record-smashing performance by Vladimir Guerrero Jr. in the Home Run Derby the other day, the Blue Jays start the second half of the season with a three-game set in New York City to face the Yankees.  Hopefully the all-star break helped to cool off the Yankees as they were red-hot before the break, going 16-4 in their final 20 games.

Aaron Sanchez takes the longest losing streak (11) since Ricky Romero's 13 straight losses in 2012 into tonight's start against the Yankees.  He'll look to avoid setting a club record for losses in a season, which is 18 (Jerry Garvin 1977 and Phil Huffman 1979) as he faces Domingo German.  German is a career 0-2, 3.86 against the Jays in three appearances.

Well... how about that incredible performance from Vlad Jr. in the derby?  Let's hope that confidence carries over and he'll have a big second half, knowing that the pressure is off -- it couldn't get much more pressure-packed than to have all eyes in a full ballpark (and millions more on TV) watching you with no place to hide.

With the All-Star Game over with, it's now time for trade season with a hard deadline coming in just 19 days.  All kinds of scuttlebutt is going on, especially with Marcus Stroman and his cryptic tweets that people have been poring over and offering up their interpretations over the last 36-or-so hours -- i.e., Did he say he couldn't wait to get out of there or was he simply looking forward to a couple days at home?  And what did his unfollowing of the Jays on Twitter mean?  Etc. etc. etc. ....

Found this via Stoeten:  Socrates Brito was so bad that he was the second-worst hitter ever by wRC+ in Blue Jays history with at least 40 plate appearances.  Which Hall of Famer was the only player worse than Brito in wRC+ as a Blue Jay? 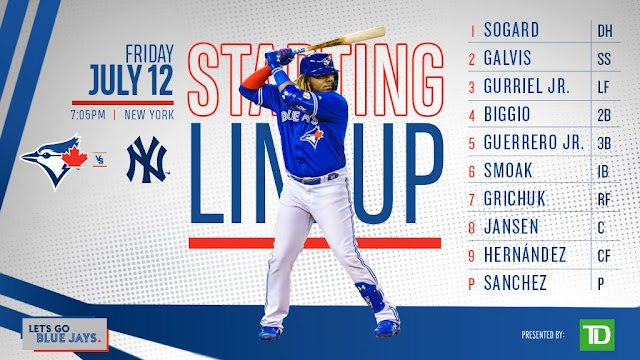 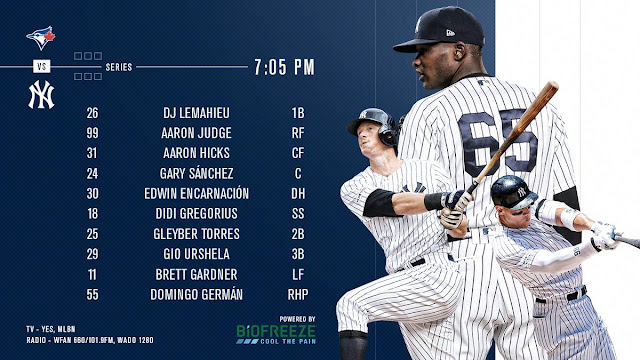 This is your "time to pay back the Yankees for last week's sweep" game threat.
Posted by macgyver13 at 5:48:00 PM