The Blue Jays look to even up the series against the Indians after a 7-3 loss in yesterday's opener.  Scouts should be in attendance in full force both today for Trevor Bauer (uh, why is he on the market at all?) and Ken Giles, and tomorrow for Marcus Stroman/Giles.

We might as well mail this one in with Trevor Bauer looking to make an impression on the scouts while Aaron Sanchez has a 10-start losing streak, 0-13 and 7.99 ERA in his last 15 starts.  For his career, Bauer is 3-2 with a 4.91 ERA in eight outings against the Jays, including 1-2, 6.57 at the Rogers Centre.

There's been plenty of opinions and discussion of the Pompey move on the previous thread - if you missed it, feel free to check it out before adding your two cents on this thread.

Regarding my comment above about why is Trevor Bauer on the market at all... you've got a guy who is making a reasonable $13M for what he's produced so far, still only age 28 and doesn't become a free agent until 2021, and you're looking to trade him while you're in a playoff spot?  Ditto for the Giants who are faced with the decision whether to trade Madison Bumgarner with the team just 2 games out in a not-particularly-strong wild card race.  If both get traded, that just shows there's a lot of problems that baseball needs to fix in their next labour negotiations.  Why would you trade either of these two knowing they could hold their own in a winner-take-all wild card game (especially Bumgarner, who has thrown complete game shutouts in both of his wild card starts)?  Fix it, MLB and MLBPA.

Oakville splooge alert:  From Gregor Chisholm in The Star -- The Bringer of Rain is back on his game in Atlanta, and his Blue Jays exit remains hard to swallow 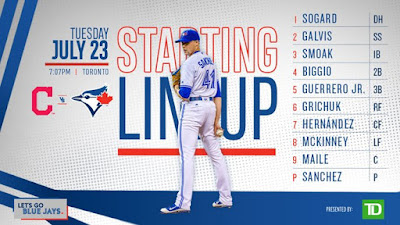 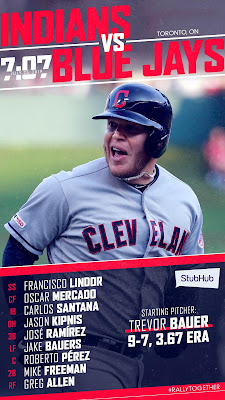