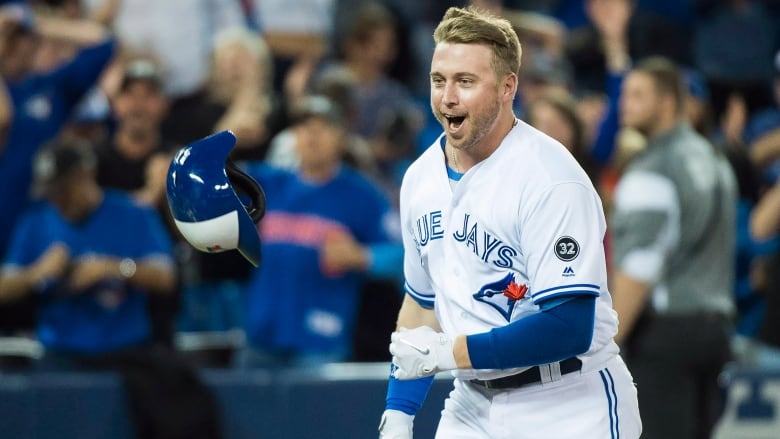 Justin Smoak drove in both Blue Jays runs, including a huge game-tying HR in the 9th as the Blue Jays came from behind to edge the Indians  2-1 in extra innings


Today's game was brought to you by YouTube. Last season, the MLB had weekly games on Facebook, controversial because it eliminated a part of the fan base that didn't have nor want Facebook. This season, the MLB decided to use YouTube as a platform. Aaron Sanchez was looking to snap an ugly three month long losing streak spanning 15 starts. It wasn't going to easy against a Cleveland Indians team fighting for a wild card spot. Luke Maile got the start behind the plate. Justin Smoak was moved up to 3rd in the lineup. Lourdes Gurriel Jr. got the start of the day off with Billy McKinney in LF. Could the Blue Jays snap the two game losing streak? Here is tonight's game recap.