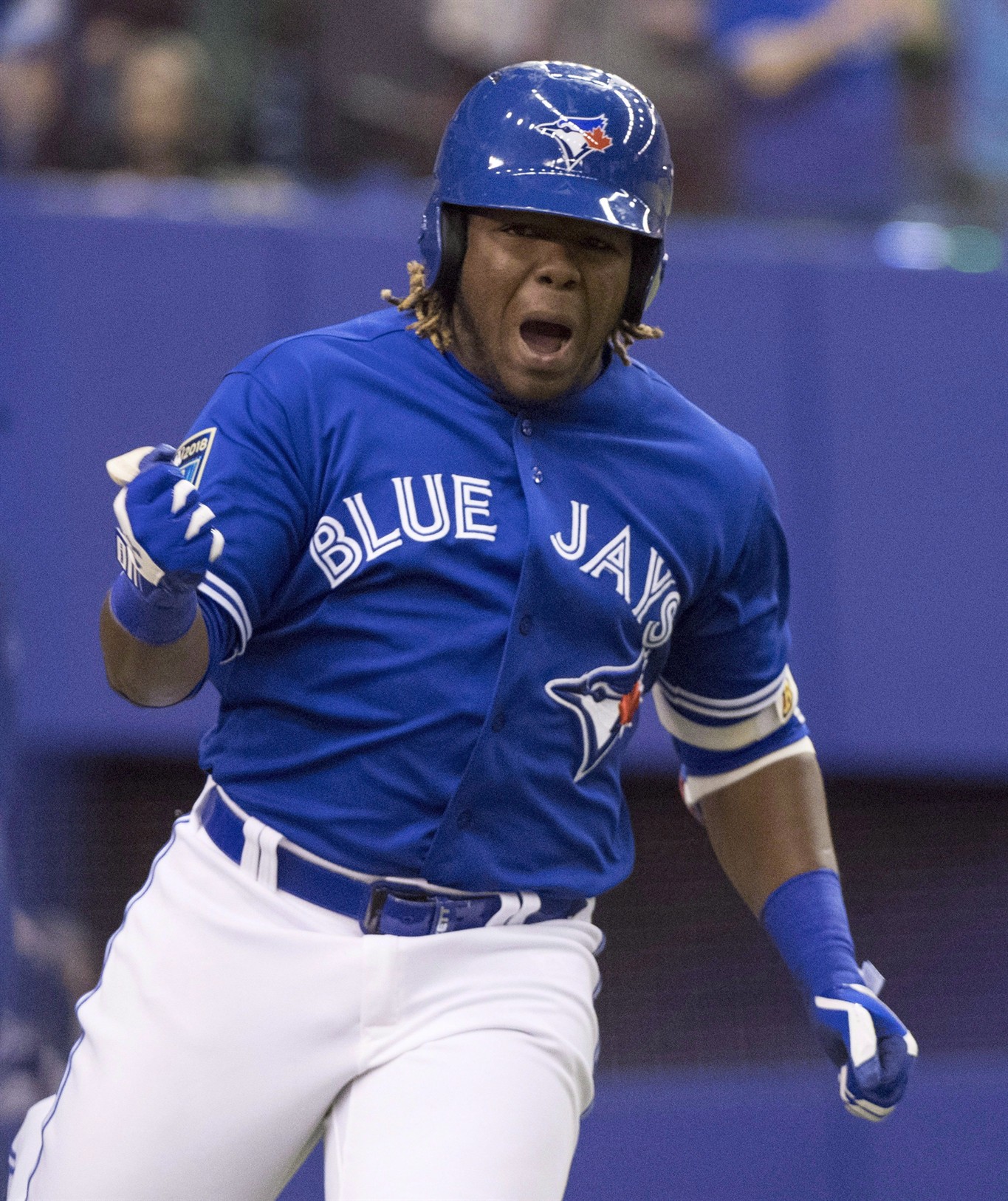 Vladimir Guerrero Jr. hit the grand slam that set the new MLB record for most grand slams by rookies on a team in a single season as the Blue Jays routed the Royals 9-2


Another Blue Jay was on the move this morning with David Phelps heading to the north side of Chicago as the newest member of the Cubs. Ken Giles was effectively taken off the trade market as the injury update revealed no structural damage in his pitching elbow, but he had a cortisone shot and will not pitch at least the remainder of this series. Justin Smoak was absent from the lineup with several teams pursuing him and an expected trade. Freddy Galvis was back in the lineup after missing a day with lower back stiffness. He served as the DH tonight. A day after making his MLB debut, Bo Bichette was at the top of the order and playing SS. Sean Reid-Foley got the spot start tonight in a rotation spot that is his for the taking, pending on performance. Could the Blue Jays make it two in a row? Here is today's game recap.