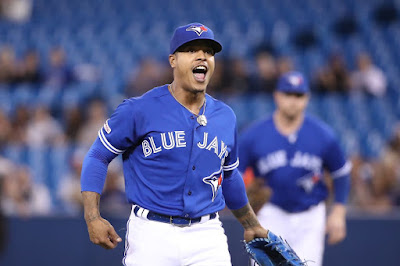 The Blue Jays look to pick up a series win after last night's late fireworks from Justin Smoak as they play the finale of their series against the Clevelands.  Smoak is only the second ever in the divisional era to TWICE hit a game tying HR in the 9th and then walk it off in extras.

In what is all-but-guaranteed to be his final home start in a Blue Jays uniform and possibly his final game anywhere, Marcus Stroman will head out to the mound with a full plethora of emotions in front of the home fans in the city that he loves.  He'll face Not-Justin Bieber on the mound tonight; Bieber is 1-0, 3.65 in two outings against the Jays in his career, including a no-decision way back on April 5th.

Hey Shatkins... take note.  Maybe keep more of these guys around to build around?  Not only does Stroman loves Toronto, but so does Ken Giles.  From CBS Sports:
"I love it here," Giles said of Toronto this week. "My family loves it here. I would love to be here longer than most people probably expect me to, but that's out of my hands. So I'm just going to let it flow and let it ride."

No matter what happens with Stroman over the next week, we'll always have this:

And this one - people remember the Chris Coghlin dive over Yadi Molina into home plate, but this was also the game where Stroman hit a key double that led to a Jays win.  Bonus: there's a shot of Randal Grichuk in a Cardinals uniform.

"An attitude of 'whatever it takes' is impossible to stop."

"Life is what you make it."

"Never let anyone believe in you more than you BElieve in YOUrself."

"Go chase your dreams.  Go get it.  Don't let anyone tell you anything different.  When people doubt you, use it as fire.  Don't let it push you in the wrong way.  Don't let it take away from you working harder.  Don't let it discourage you.   Just use it.  Let it build in the back of your head and deep in your chest, and when you get out there to perform, just let it consume you and let it eat you up.  And that's when you let it all come out."

"I look forward to getting on the mound every single time, no matter what the situation is.  I love this game, and I only get to play once every 5 days.  When game day comes along I'm extremely happy. I'm like a little kid on Christmas day."

Hey, I like these quotes, even if some of them may be sappy. 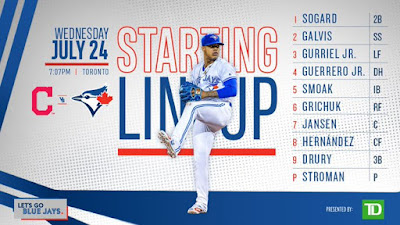 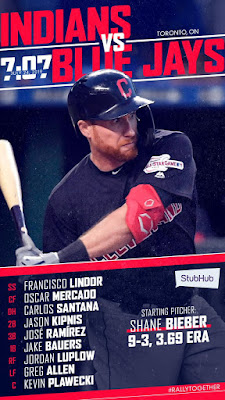