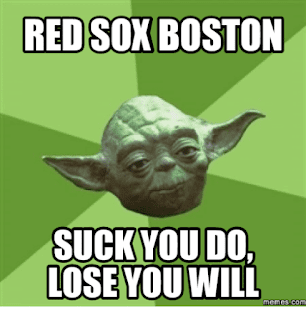 The Blue Jays look to carry on the momentum after winning 3 of 4 against the Royals, and hope to catch the Red Sox in a tired state after the Sox flew back to North America after taking a royal pounding from the Yankees (29 runs given up in two games).  Tired + a shredded bullpen = a no-hitter for the Sox tonight, sounds about right, no?

Trent Thornton takes the ball for the Jays and he'll face a guy who has absolutely owned the Blue Jays throughout his career - David Price, he of the 22-3, 2.37 career numbers vs. the Jays.  Well, at least he provides nice bathrobes.

Tragic loss in Texas yesterday, as 27-year-old Tyler Skaggs was found dead in his hotel room when the team's traveling secretary checked in on him as the team was getting ready to go to the ballpark for their game against the Rangers.  Big loss talent-wise, but he'll be missed even more for his delightful personality and as a newlywed with his wife, Carli.  The Angels intend to go ahead with tonight's game against the Rangers and there likely will be some sort of a remembrance before the game.

He's coming... *dun dun dun* ... Eric Pardinho has been promoted to Class A Lansing.  Still only 18 so he has a big future ahead of him.

Ryan Borucki isn't too far away from being back, too... he pitched 4 innings yesterday in a rehab start, giving up 1 hit, zero runs and striking out 4.  Mmm, nice.

Go Jays go.  The losing has become a lot more palatable in the last month or so with the play of their young guys, in particular Lourdes Gurriel and Cavan Biggio.  Better to take some lumps now and develop into a good core of players in a year or two.

Today's one-time Blue Jay of the Day is ... Matt Stairs!

Missed posting this by one day as it would have been more appropriate to have this on Canada Day, but oh well.  Instead of merely reciting stats, how about some interesting factoids about Stairs?


His go-ahead HR in the 2008 post-season is still legendary in Philadephia - he hasn't paid for a beer in the city since then, according to him:

Another great quote attributed to Stairs:  "Swing like you live -- hard." 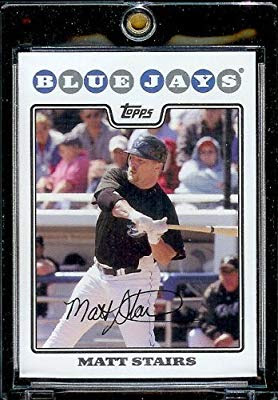 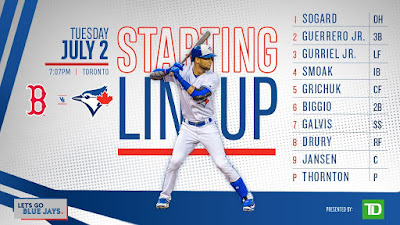 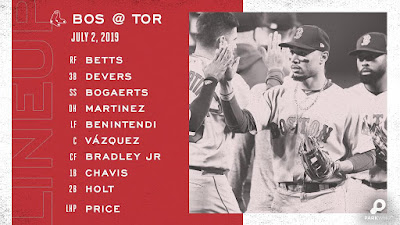