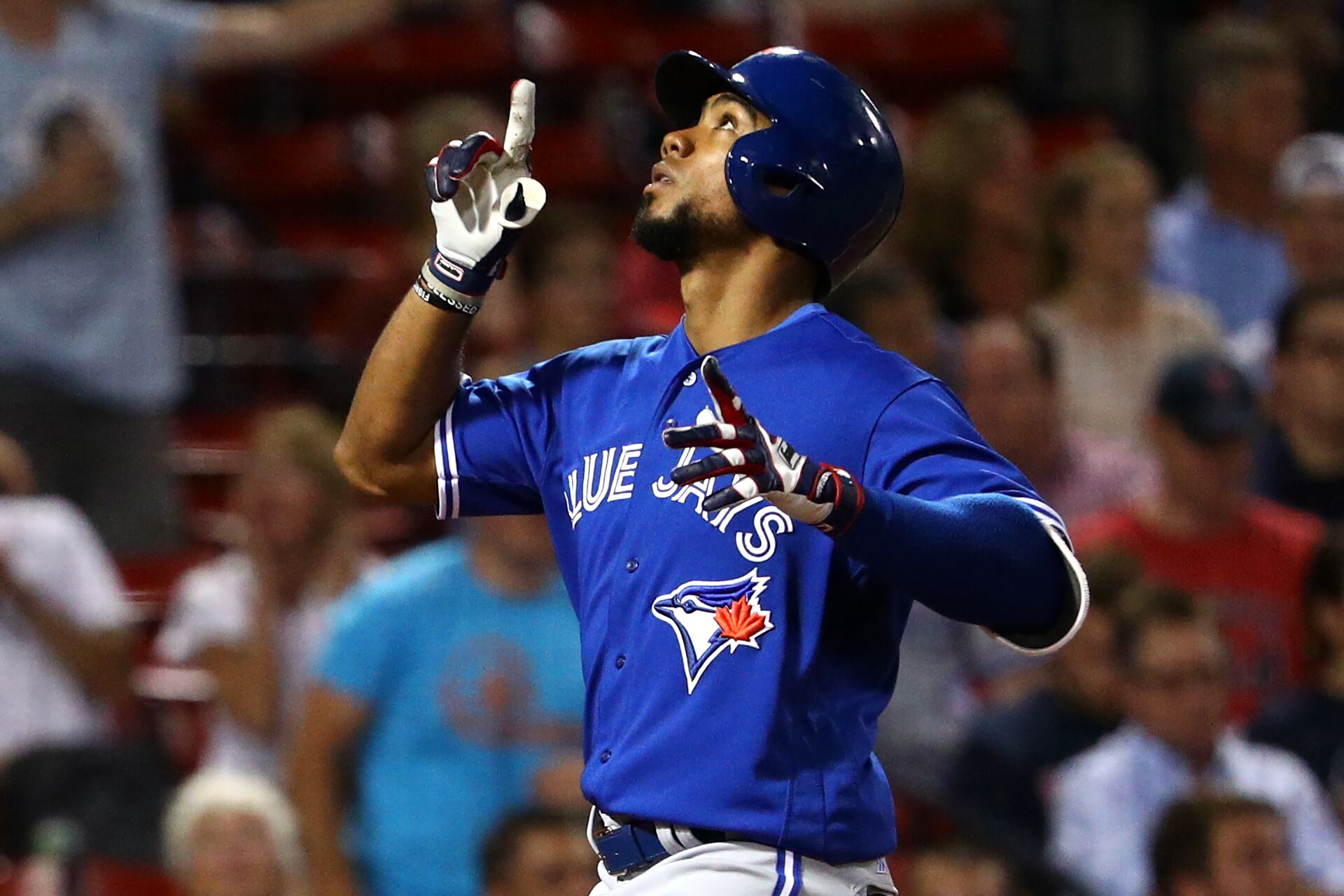 It's hard to believe that the Blue Jays are where they are a month into the 2018 season. They started out 0-2 and looked like they were headed to a similar fate as last season when Toronto started 1-9 in their first 10 games, 8 wins in all of April. Toronto already has 13 wins with eight days left in the month. If the playoffs started today, the Blue Jays would be facing the Angels on the road in the wild card game. Here are ten random thoughts from week 4 of the MLB.

1. Some good news and bad news on the injury front. The good news is DH Kendrys Morales returned Friday after missing 10 day-s with a hamstring injury. He had 2 hits in Fridays victory and a pair of runs scored and a RBI in the 8-5 win. The bad news is third baseman Josh Donaldson is a ways away from returning from a shoulder injury. Donaldson was shut down from throwing for a week and is expected to begin a throwing program in the coming weeks.

2. To make way for Morales, the Blue Jays demoted LHP Tim Mayza and the struggling Gift Ngoepe. Mayza had one appearance in the call-up. Ngoepe had the team-worst batting average and only had one hit all year. The Jays also recalled rookie Lourdes Gurriel Jr. who had a fine major league debut with a pair of run-scoring hits. He looks like a definite upgrade over Gift Ngoepe.

3. Ex-Jay Jose Bautista has signed a one year deal with the Atlanta Braves. His career looked over after Toronto opted not to re-sign him. Joey Bats will be playing third base for the Braves, instead of his traditional role in right field.  The 37-year old had a difficult year last year batting .203 with 23HR and 65RBI. The signing reunites Bautista with GM Alex Anthopolous, who was in the same role in Toronto 2003-2015. The Braves face the Blue Jays in Toronto June 19-20.

4. How about the play of Luke Maile? The Blue Jays backup catcher is off to a hot start in 2018, batting .476 with 8 RBI. He is taking full advantage of the extra playing time with starter Russell Martin on a 2 on 1 off playing schedule. It will pay dividends later in the season as Martin will be fresher at the end of the season with the extra rest and the Blue Jays know they can rely on Maile if Martin can't play. Also, Maile could be the starting catcher once Martin's contract ends after the 2019 season. Maile had a tough start Saturday with three wild pitches and a dropped ball on what should have been a force out.

5. Another ex-Jay, Adam Lind signed a minor league deal with the Yankees. Lind was signed by the Yankees but was released after 5 games in spring training after batting .200. The Yankees have a lot of injuries right now and not a lot of depth. Adam Lind will initially start in extended spring training in Tampa Bay but that stint may be short. Lind played for Toronto 2006-2014.

6. A very scary moment from the Chicago White Sox-Houston Astros series when White Sox reliever Danny Farquhar collapsed in the dugout during the 6th inning Friday night. Farquhar was rushed to hospital where it was discovered he had a ruptured brain hemorrhage. As of Saturday he was listed in stable, but critical conditions. We here at JITH wish Danny the best and a speedy recovery.

7. A big test for the Blue Jays this week. The Boston Red Sox are in town for a three game series. After losing the opening game of the season, Boston immediately caught fire and have won 17/20. However, Boston has lost 2 in a row. Then again so has Toronto. The Blue Jays will have to be careful pitching to JD Martinez, Mookie Betts and Mitch Moreland, who are all batting over .300. Their pitchers are allowing 3 runs or less most games. It will be a good early test for Toronto.

8. Age is just a number. Bartolo Colon has been terrific this season. He had a 1.45 ERA going into his Saturday start. The big sexy had a perfect game through 7 innings on April 15. The 44 year old has transformed himself from a power pitcher to a control/contact pitcher. Colon is the last remaining active player to play for the Montreal Expos.

9. A major league record was set on Sunday as Brandon Belt had a 21 pitch AB vs. Angels starter Jamie Barria. Belt eventually flew out to right field. Barria lasted just 2 innings thanks in large part to Belt single-handedly running up the pitch count. The previous record was a 20 pitch at-bat when then Cleveland Indians rookie Bartolo Colon struck out Houston Astro Ricky Guitierrez back in 1988.

10. Blue Jay of the week: Teoscar Hernandez. The rookie outfielder was a bright spot for the Blue Jays this week. He had half of the Jays hits on Sunday and counted the lone run by taking ace Luis Severino yard for the first time this season. He had a big 4-6 night against the Royals on Wednesday and drove in 4 runs while scoring twice himself. Hernandez might be in the majors for life now.

Email ThisBlogThis!Share to TwitterShare to FacebookShare to Pinterest
opinionator777
I am a graduate from SFU with a major in psychology and a minor in Health Sciences. I am a huge advocate for children w/ Special Needs. I'm a huge Canucks fan. As well I love watching baseball in the summer. I have an 8-year-old Havanese-Shih Tzu
Newer Post Older Post Home