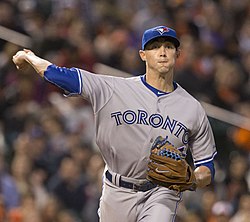 Aaron Sanchez pitched 8 strong innings as the Blue Jays defeated the Orioles 2-1. Sanchez had a no-hitter through 7 innings.

Toronto has looked like a vastly different team than 2017. Almost everyone is healthy and the Blue Jays have been getting  timely hitting. Last night saw the Blue Jays lose DH Kendrys Morales to a hamstring injury. Morales was placed on the 10 day DL today. The Blue Jays also recalled LHP Tim Mayza as Aaron Loup has been largely ineffective when called upon this season. Here is today's game recap.