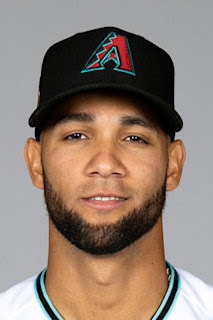 Making his major league debut, Blue Jays prospect Lourdes Gurriel Jr. was 2-5 with 3RBI as the Toronto Blue Jays defeated the Yankees 8-5 to even the series at 1.

After dropping the opener of this four game series, the Blue Jays were looking to get back on track and even the series. Of note, Kendrys Morales was activated from the disabled list and called up Lourdes Gurriel Jr. Both were in tonight's lineup. Being sent down to AAA Buffalo were LHP Tim Mayza, who pitched one inning of relief during this call-up, and Gift Ngoepe, who had only 1 hit this season. Here is today's game recap.