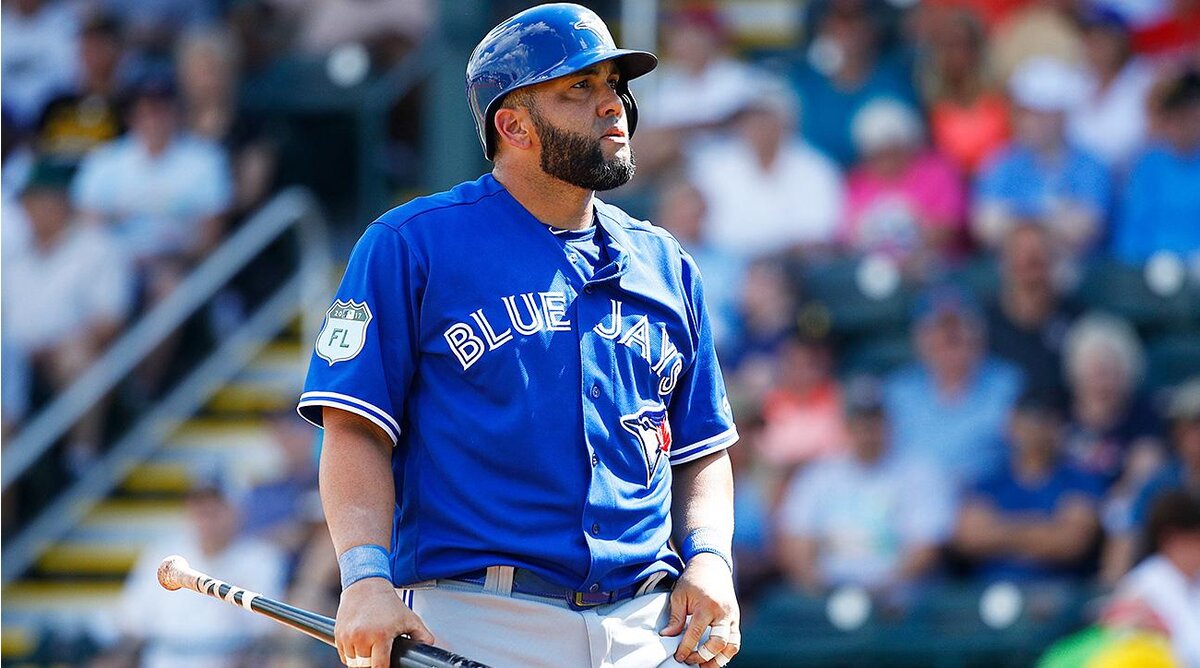 September is fast approaching, signalling the final month of the MLB season and also when rosters expanded and teams get the chance to see what they have in some of the prospects. For the Blue Jays, you'll be seeing players such as Danny Jansen, Teoscar Hernandwz, Dalton Pompey and Anthony Alford. You'll see pitchers such as Sean Reid-Foley, Thomas Pannone. The future is now and it starts September 1st. Here are ten random thoughts from week 21 of the MLB.

1. Let's start off with the most obvious bit of news this week. On Saturday, John Gibbons all but confirmed that Troy Tulowitzki, who has been out all year after having surgery on both heels just prior to the start of the season, will not play this season. While he is with the team, he has not been cleared to play in any rehab games and with the minor league seasons winding down, it is not fair to the players who have worked their butts off all year for the opportunity to play a few games with the big club to have a player who has not played all year to take away their playing time. Mets outfielder Yoenis Cespedes had the same surgery on his heels. The difference is that Tulo had both heels done at once, whereas Cespedes had the surgeries done separately. It will be interesting to see who returns first or if one or both are forced to retire. In the long run, making the decision now allows Tulo to refocus his rehab and get healthy as opposed to trying to come back in the next two weeks and risk a setback.

2. Aaron Sanchez made his return to the Blue Jays rotation Saturday after he injured his right finger getting it caught in a suitcase prior to a start on June 22. It took him almost 2 months to rehab the injury and come back. He looked rusty in his first start back, giving up five runs and ten hits over four innings plus two batters. He also walked two and struck out two. Luckily Sanchez's teammates were able to come back and win the game. The goal over the final month will be getting Sanchez some confidence so that he feels good about his game heading into the off-season.

3. Another player who came off the DL this week was Lourdes Gurriel Jr., who missed three weeks after spraining his knee and ankle in an awkward tumble trying to avoid a tag in Chicago. At the time, he was riding an 11 game streak of having multiple-hits in the same game (an AL record) and unfortunately that streak was snapped on his return as he had just one hit. Gurriel Jr. will be an everyday player in September and should be an integral part of the Blue Jays infield in the coming years. I have been impressed with his play both offensively and defensively this year.

4. The curious news of the week was Josh Donaldson's locker was emptied this week, leading to immediate speculation that a deal to trade him (he was a potential July trade deadline target before he injured his right calf running the bases May 28 in Boston) was imminent. If Darren O'Day can be traded to Atlanta despite having zero chance of playing in 2019, then there's probably a team willing to take a chance on Dosh, who is just three years removed from a 2015 MVP season. This is all speculation and there are other perfectly logical explanations for emptying his locker. He might have been shut down for the season with Tulo, or perhaps they were moving his equipment to New Hampshire for a rehab game. One big hurdle stands in the way of a trade if the Blue Jays have something in place: Donaldson cannot be placed on waivers until he has demonstrated he is healthy and posting a video where he is not going 100% won't cut it.

5. Thomas Pannone became the 7th Blue Jays pitcher to make his first career MLB start this season. The revolving door of starting pitchers was made necessary due to poor performance and injuries to Marcus Stroman, Aaron Sanchez and Jaime Garcia at various points this season. Pannone was excellent in his start vs. Baltimore Wednesday, matching Orioles starter David Hess pitch by pitch. Pannone threw seven strong innings of 1-hit ball, allowing no runs and walking two batters and hitting a batter as well. Pannone really honed his inner Marco Estrada, relying on an 89-90MPH fastball that jumps out at you and being precise with his location. Now, Paannone wasn't exactly facing the best team in the league, so I'll reserve judgment on whether he's worth keeping until after his next start or two.

6. This weekend was player's weekend where the players wore their nicknames on the back of their jerseys in lieu of the traditional last name (or in the case of the Yankees and Red Sox, just their number). Teams also wore special jerseys that resembled what the little leaguer's wore during their tournament, which wrapped up Sunday (Congrats to the Canadian team who beat difficult teams in Spain and Mexico, only to be eliminated by Puerto Rico). I think player's weekend is a great initiative and a way for fans to learn more about their favorite ball players. I would like to see teams be allowed to wear the uniforms at select times during the season. For example, the Blue Jays could have a special little league style jersey for Canada Day that is red.

7. The early returns on the Roberto Osuna-Ken Giles trade suggests that the Blue Jays won the trade. Performance wise, Ken Giles has been lights out in save situations with 6 saves after Sunday's game. Yes, he has been lit up in non-save situations but he was brought in to close games, not mop up when the team is losing or routing the opponent. In seven appearances with the Astros, Osuna is 1-1 with a 2.57 ERA and 1 save. However, the bigger intangible to me in this trade is the affect acquiring the players had on their respective teams. Osuna was suspended for 75 games after he was arrested back in May for allegedly beating his girlfriend (nothing has been proven in court and Osuna is planning to plead not guilty). Osuna's teammates, particularly starter Justin Verlander, have very strong opinions against domestic violence. Giles had run-ins with his former manager AJ Hinch and was particularly irked earlier this year at being pulled from a game. Giles even once punched himself in the face HARD. Houston may regret making this trade in the long run, especially if the Astros either miss the playoffs or are knocked out early.

8. The current HR streak of Kendrys Morales, which set a new franchise record Sunday and could tie the MLB record Monday, is a bright spot in what has been a pretty dismal season. Morales started the year wearing glasses, which he ditched in the season's second month after finding out that they caused him to see the spin on curve balls too well. Morales has homered from both sides of the plate during the streak. Should he hit a home run Monday, he'll join Ken Griffey Jr., Don Mattingly and Dale Long as the only players in history to hit home runs in eight straight games. The Blue Jays are facing the sad sack Baltimore Orioles and playing in a home run friendly park so history may just be made.

9. Another record was tied on Sunday. Matt Carpenter tied the record for most doubles in a game with four. Over 40 players have achieved this feat. Billy Werber and Albert Belle have done it twice.

10. Blue Jay of the week: Kendrys Morales who broke the franchise record for consecutive games with a home run and is poised to tie the MLB record Monday. Morales has been red hot since June. He batted .338 in July and was at .278 heading into Sunday's games for August. What makes this home run streak so crazy is he had 14 HR ALL SEASON before this seven game streak and 2 home runs this month. Morales almost lost his job as the Blue Jays DH because he was hitting so poorly this season. I love seeing records fall and history being made so I really hope that Morales hits a home run Monday and Tuesday so he can stand alone with the record.