The Blue Jays were blanked 7-0 in the opener of this series, a loss that was overshadowed by Kendrys Morales' quest for a HR in 8 straight games.  Morales was unable to do it but gave it the ol' college try, despite not getting very many pitches to hit from Oriole pitchers all night.

Or maybe we could blame these guys for jinxing Morales?


Tonight, Thomas Pannone makes his second start.  According to Elias Sports Bureau, Pannone is only the fifth pitcher ever to give up one or fewer hits and two or fewer walks in at least 7 shutout innings in a debut as a starter.

Pannone goes up against Josh Rogers, who is making his MLB debut.  Rogers was part of the package in the Britton trade with the Yankees.  NO HITTER ALERT!

Well, it was fun while it lasted for Kendrys, huh?  Let's start a new HR streak.

Josh Donaldson is starting a rehab assignment tonight for Dunedin (Class A).  There's three days left before the trade deadline and apparently he can't be placed on waivers until he actually plays in a game (rehab or in the bigs), so playing tonight will allow for two days of waivers and then one day to complete a trade if there's a deal to be made out there.

Congrats to Murphy Brown Smith on making it up to the bigs!

Murphy Smith waited 10 years in the minors for his big league debut. 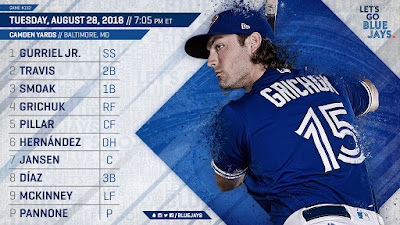 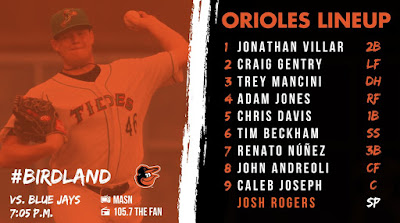