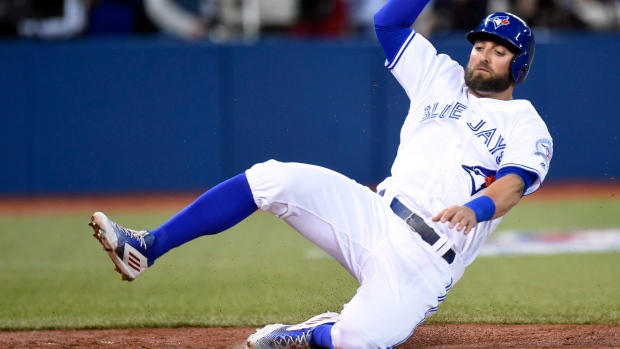 Kevin Pillar scored the game-winning run on a heads-up base running move touching the plate just ahead of the tag as the Blue Jays edged the Rays 2-1 to avoid the series sweep.

Welp, the first 2 game of this series went sub-optimally. Today, the Blue Blue recalled their top catching prospect Danny Jansen, who will likely be behind the plate for Sean Reid-Foley's MLB debut Monday in Kansas City. Marcus Stroman made the scheduled start, despite a blister problem that is affecting him when he throws a slider. How long did Stroman last today and did he get any run support? Here is today's game recap.