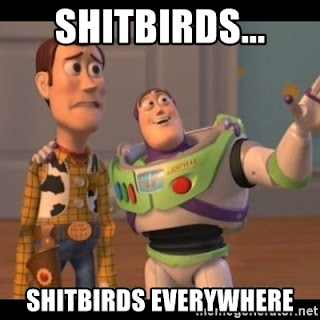 
Sam Gaviglio takes the ball tonight, coming off a solid 7-inning performance against the OriLOLes his last time out.  He'll face Hess who has lost his last 7 decisions.

The clubhouse attendant's office is quiet today; no new names to be sewn onto uniforms for today, a day after Jaime Garcia was DFA'ed and Aaron Sanchez came off the DL.

And, perfect timing... this tweet popped up while I was typing that out:

7 consecutive games with a home run. That's a pretty good way to lock up AL Player of the Week.


Guess who has the majors' longest streak of saves without blowing one?  Ken Giles.  23 for his last 23 save opportunities.

#Phillies have claimed #Mets’ Jose Bautista on revocable trade waivers, sources tell The Athletic. Teams discussing a deal, would need to complete it by tomorrow. Bautista slumped badly at start of August, but has .738 OPS in last 14 games.
— Ken Rosenthal (@Ken_Rosenthal) August 27, 2018


Thanks to Zee Panza ACE for doing the previous two series ... figures you'd quit as soon as the Jays lost a game.  (hey, kidding...)   Actually, I think it was RADAR who finished up yesterday's post and made it go live, so in that case, he gets the blame for the loss.  (again, kidding, you can release that death glare now).  A big thank you to everyone for keeping the game threads going while I was away.

Gonna keep Dabbles' tradition of posting a dog pic for good luck.  So, puppy, what do you think of the Orioles? 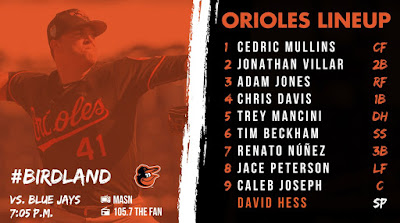 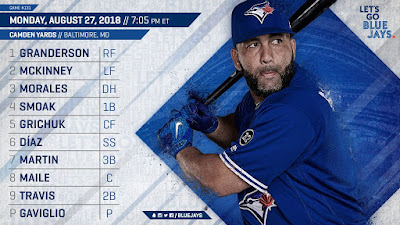 
This is your "Kendrys Goes For Eight" game thread.