The Blue Jays floated, belly-up, in the Inner Harbor of Baltimore for three games where they got swept in three games by the mighty Orioles; what else is there to say?  I can handle a series sweep against one of the decent teams, but the fucking 37-94 Orioles??  After winning 2/3 against a decent, contending team in the Phillies?  I hope they perp-walked all the way to Miami, or at least floated in the ocean's tides down to Florida - even the sharks wouldn't touch them at this point.  Blech.

Aaron Sanchez goes tonight for the Jays against Dan Straily.  First-start-back rust is out of the way, show us what you got, Suitcase.

A mildly interesting note -- back in 2014, Billy McKinney was traded to the Cubs along with today's starter, Dan Straily, and Addison Russell from the Athletics, and now they're facing each other tonight.  Hey, I said "mildly" interesting!

In a bit of a surprise, Kendrys is at 1B tonight.  I had guessed he'd only be used as a pinch-hitter the whole series, since they're playing in a National League park.  We'll miss Smoak's bat, though.

This is ... quite something:


At the moment, we're still waiting for news on whether Josh Donaldson or Curtis Granderson will be traded, as Bob Nightengale has tweeted that they are "likely" to be traded before midnight.  Dosh has cleared waivers.

In the meantime, we've got roster moves to announce.  Luis Santos has been told to kindly piss off to Triple A, with no corresponding move made public as of this typing.  As it's his second time this year being outrighted to Buffalo and has cleared waivers, he can choose to move on as a free agent if he wishes.

At Marlins Park tonight, it's apparently Games of Thrones Night: 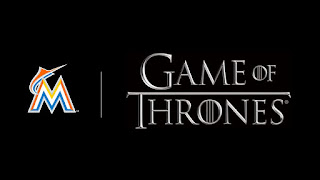 Marlins players were assigned to a GOT house:

A view of Sliabh Liag, west of Donegal, Ireland.  They're said to be the highest cliffs in all of Europe, over twice as high as the more well-known Cliffs of Moher.  Those in the know say Sliabh Liag is more interesting and worthwhile to visit than the Cliffs and I'd agree with them based on the pics I've seen of the latter.  On this day, the clouds created a fog-like atmosphere, which added to the beauty of the site.  Click for larger-size images. 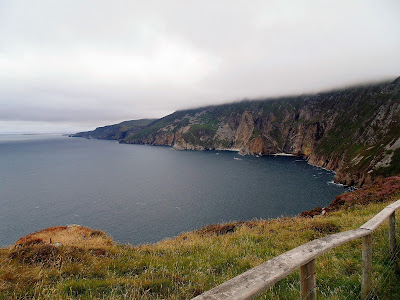 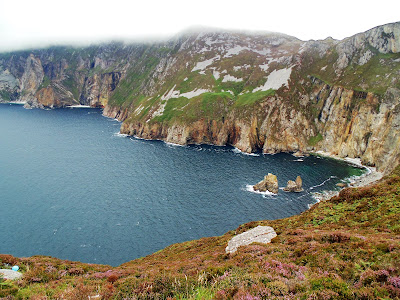 And here's one of Dunluce Castle, a 15th century abandoned castle in Northern Ireland, a stone's throw away from Giant's Causeway:

I was going for full-out snark with the batting lineups tonight, but my brain is screaming, "It's Friday!  GTFO and go home."  So... this is what you get.  Sorry, folks. 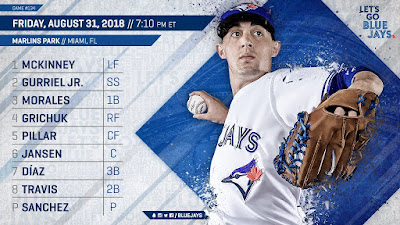 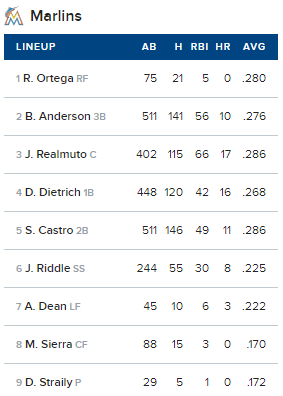