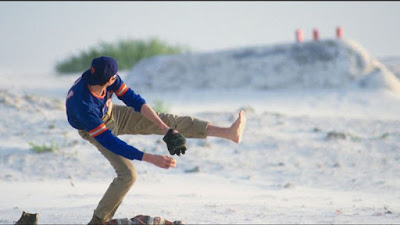 The Blue Jays split their opening series against the Detroit Tigers and look to continue a stretch of good pitching as they welcome the Baltimore Orioles to the Rogers Centre for a three-game series.  The Orioles are coming off a series win against the mighty New York Yankees.

Clayton Richard was slated to start this game, but went on the injury list with a stress reaction in his knee.  In his place, Sean Reid-Foley will look to make an impression and convince management he deserves a permanent spot on the roster.  He faces David Hess, who had back-to-back starts against the Jays last August with a total of one run given up in thirteen innings for one of his few highlights of the season.

Pitching, pitching, pitching, pitching.  Four straight shutout outings from a Blue Jays rotation member, thanks to Trent Thornton's record-breaking performance -- 8 Ks for a debut and only the second ever to have a 8 K, 2 or fewer hits, 0 runs, 0 BBs debut.  Elvis Luciano also had a scoreless debut, nice to get that out of the way.

According to the Elias Sports Bureau, the Blue Jays' 24 shutout innings from the rotation to open the season is the fourth-longest streak since the start of the expansion era in 1961. The 1963 Cardinals pitched 32 scoreless to start the season, the 1976 Milwaukee Brewers had a 31 2/3-innings streak and the 1994 Atlanta Braves had 25.

Biagini, Giles & Mayza down for #BlueJays tonight. So who closes? Montoyo joked that Daniel Hudson is both the setup man and the closer
— Ben Nicholson-Smith (@bnicholsonsmith) April 1, 2019


April Fools' Day pranks have been a part of baseball from time to time.  1989 brought this one about aluminum bats being legalized:


Then, of course, the greatest one of them all:  Sidd Finch, the 168-mph throwing reclusive yogi.  RADAR brought this around on the previous thread, and it's here if you haven't seen it yet:
The Curious Case of Sidd Finch (<-- click here and grab a coffee or beer, absolutely worth the long read) 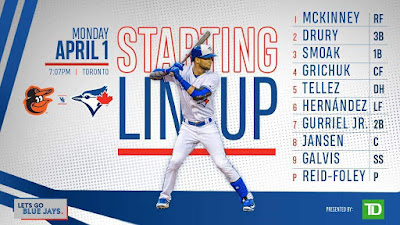