My mother once told me that if I didnt have anything nice to say, then I shouldnt say anything at all.

Not what you want. #BlueJays
— Keegan Matheson (@KeeganMatheson) April 4, 2019

The #BlueJays have played eight games so far this season. This is the fourth time they have entered the sixth inning without any hits.
— Gregor Chisholm (@gregorMLB) April 4, 2019

At least there is a silver lining..sort of?


The #BlueJays aren't hitting but their starters have allowed two earned runs or fewer in seven of eight starts this season. That's tied with Oakland for the most this season.
— Gregor Chisholm (@gregorMLB) April 5, 2019


And last nights game at least brought us this funny interaction.

Okay enough about the Blue Jays, time for an updates on the more important and superior Baby Jays. 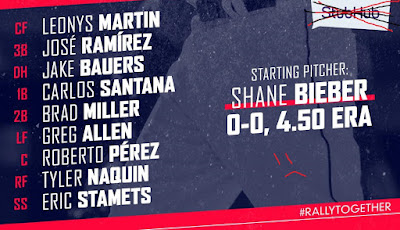 This is your "teams get one hit all the time" game thread.
Posted by dutchspice at 6:00:00 PM