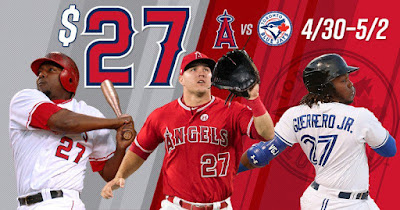 The Blue Jays, coming off a sweep of the Oakland Eh's, travel out west to take on the L.A. Angels in a three-game series to kick off a two-city road trip that also goes through Arlington, TX.  They're 3-0 in the Vladimir Guerrero Jr. Era, and look to carry on the momentum in the home of his father's "other" primary team.

Clay Buchholz takes the ball for the Jays as he looks to bounce back from a sub-optimal performance against the Giants. Griffin Canning will make his major-league debut on the hill for the Angels.


If you care about such things, they'll be presenting the 2018 Rookie of the Year award to Shohei Ohtani before tonight's game.

Big stat to keep an eye out for:  Albert Pujols is going for 2,000 career RBIs -- he'd be only the third to do it officially, fifth overall.

"He's the most incredible hitter of a generation..."@markdero7 gives some love to @PujolsFive for moving up to #3 on @MLB's all-time RBI list. @Angels #MLBCentral pic.twitter.com/YCHgR7kYjn
— MLB Network (@MLBNetwork) April 29, 2019 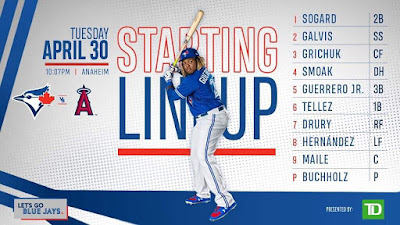 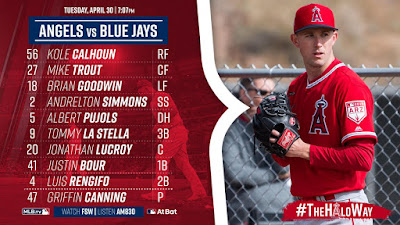