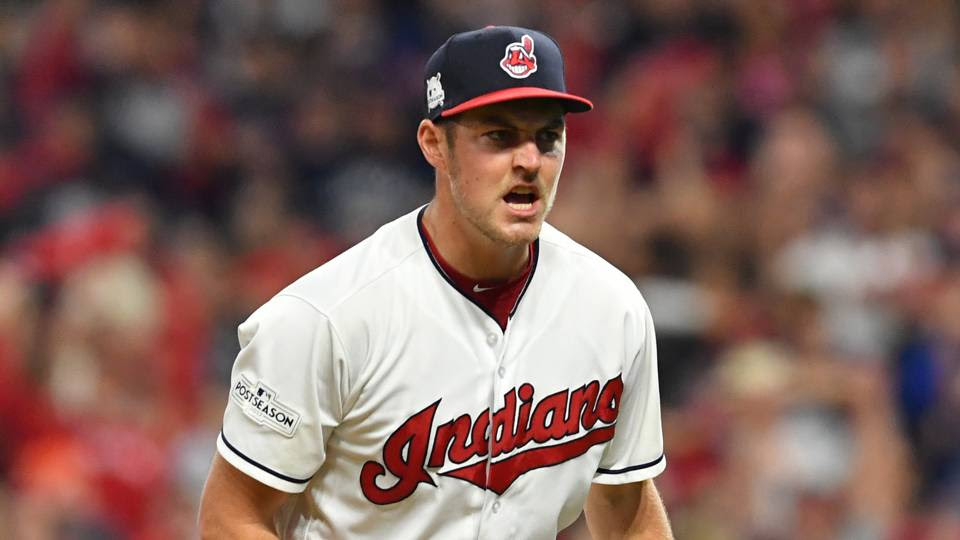 
The Blue Jays opened a four game series vs. the Cleveland Indians, who will not be sporting the controversial Chief Wahoo logo on their unis. Last season when the MLB scheduled an early season 4 game series in Cleveland, half the games were wiped out by increment weather and the MLB scheduled a double header sandwiched between a pair of road games. Ironically enough, the rescheduled games almost didn't take place due to increment weather. Rain is in the forecast for three of the four games this season, including tonight. Socrates Brito (acquired from San Diego a few days ago) and Alen Hanson (Acquired in the Kevin Pillar trade) were both in the lineup tonight, with Brito batting second and in RF and Hanson batting 9th playing 2B. To make room on the roster, Anthony Alford and Sean Reid-Foley were both optioned back to Buffalo. Aaron Sanchez was looking to build on a strong opening start to the season. Could the Blue Jays win their first road game of the season? Here is tonight's game recap.