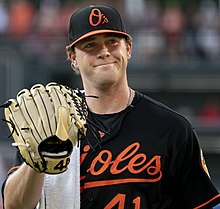 David Hess threw 6.1 no-hit innings as the Orioles hung on (barely) to edge the Blue Jays 6-5

The Blue opened opened their second series of the season, facing their punching bag of 2018, the Baltimore Orioles. This start was originally supposed to go to lefty Clayton Richard, but he was unavailable due to a stress reaction in his knee that will see him miss a couple of weeks at minimum. Sean Reid-Foley got the spot start today and was looking to keep the early shutout streak by the starters going. Could the Blue Jays prevail? Here is today's game recap.