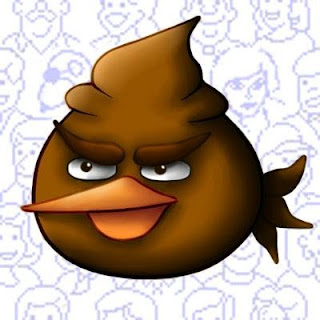 The Blue Jays look to even up the series tonight after nearly completing a big comeback, losing 6-5.  Tonight, Marcus Stroman looks to get the rotation back into shutout mode again, going up against Andrew Cashner.

But enough of that, I know y'all are dying to get to the big news of the day coming up after the jump...

The Kevin Pillar era in center field has come to an end. He was traded to San Francisco today for three players (Alen Hanson, Derek Law and Juan De Paula).  His Superman catches will be missed, but I think the Jays are getting out at the right time as it's clear that Pillar is starting to lose his real value in CF with his body being beaten down at the age of 30.

Thank you for everything, @KPILLAR4. You will always be our Superman. #ManOfSteal pic.twitter.com/Ddlf6PW0Pp
— Toronto Blue Jays (@BlueJays) April 2, 2019

So, who's coming up to take Pillar's place on the roster?  As expected, it's...


And!  That's not all!  There was another deal that went down with the Padres - welcome to Toronto, Socrates Brito.  All of a sudden, the team got a lot smarter, more philosophical.

OFFICIAL: We've acquired OF Sócrates Brito from the @Padres in exchange for Minor League OF Rodrigo Orozco.

To make room on our 40-man roster, OF Dalton Pompey has been transferred to the 60-day IL (concussion). pic.twitter.com/rSfmwegBjV
— Toronto Blue Jays (@BlueJays) April 2, 2019


Elsewhere...  Tonight in D.C. should be spicy with Bryce Harper's return.  Even the mayor of D.C. got into it briefly by posting this tweet of Benedict Arnold Harper and then later deleting it:

This picture WAS on Mayor Bowser's Twitter page less than 30 minutes ago, but not anymore... 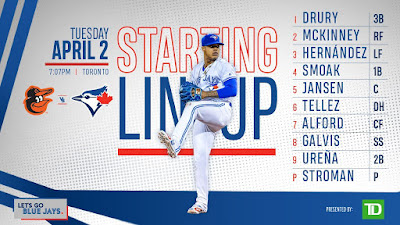 The O's social media team sucks, so here's what you get... 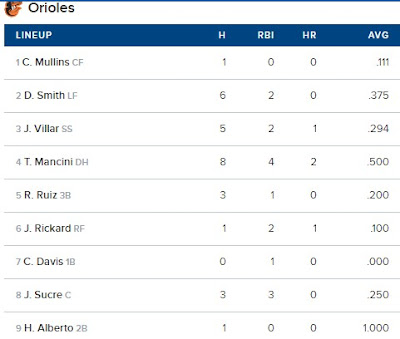