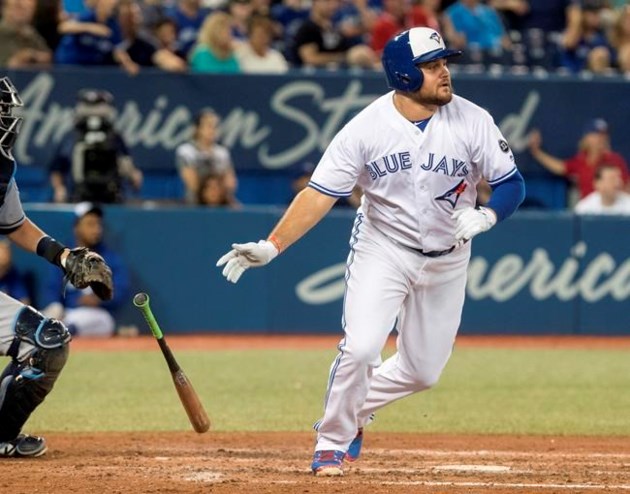 
The San Francisco Giants and Kevin Pillar made their quick two game trip to Toronto this evening. Vladimir Guerrero Jr was not recalled by the Blue Jays for this game. This might have been for the better because had he been recalled, Pillar's  return to Toronto would have been overshadowed. Besides, Guerrero Jr. has only played six games so far, and the team wants him to work on defense away from 3rd Base, which may be better accomplished playing at a lower level. Some good news and bad news to report on the injury front. Number two prospect Bo Bichette fractured his hand on a hit by pitch last night and is seeking a second opinion. He'll likely miss a good month at minimum. The two pieces of good news are Aaron Sanchez is expected to make his next start, despite leaving his last start with a broken fingernail. Freddy Galvis was held out of the starting lineup with a sore hamstring that he injured in the ninth inning Sunday. Trent Thornton was still looking for his first MLB win. Luke Maile was behind the plate and Socrates Brito got the start in CF. Could the Blue Jays ruin Pillar's return and beat the Giants? Here is today's game recap.