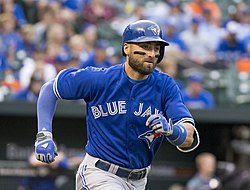 The Blue Jays came into this one looking to snap a pair of streaks; their personal 2 game losing streak and Boston's 10 game winning streak. For the first time in 2 weeks (since just prior to Steve Pearce being traded) the Blue Jays had a .300 hitter in their lineup (Dwight Smith Jr.). On the mound, they had rookie sensation Ryan Borucki, who threw three solid games facing the league's best teams in the Houston Astros and the NY Yankees. Could the Blue Jays create some magic and get back to winning? Here is tonight's game recap.