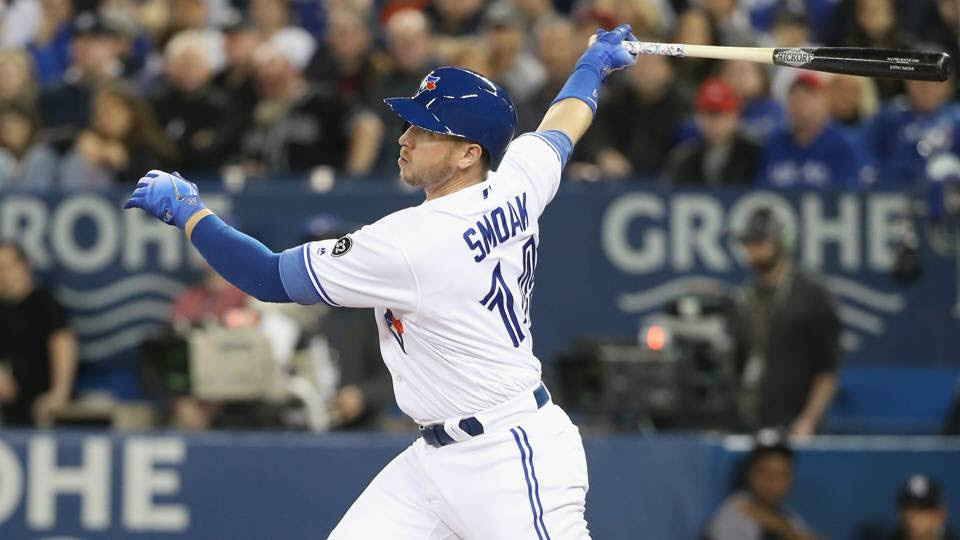 After an emotional 2 game split with the NY Mets, the Blue Jays had to put aside their emotions from Joey Bats return to Toronto and focus on the next task; defeating the Bronx bombers. The two teams have faced each other 10 times with NY winning 7 of the games. Tomorrow will be an important game for JA Happ, who potentially faces his teammates as the Yankees supposedly are front runners to trade for the Blue Jays ace. But let's not get ahead of ourselves. Tonight's pitching match-up featured a pair of starters who may or may not be in their respective team's rotations much longer. Sam Gaviglio could be making his second to last start as both Aaron Sanchez and Jaime Garcia could be ready to return shortly after the all-star break. Sonny Gray has been inconsistent in the rotation and could see his spot taken by a trade acquisition (Happ). Which starter prevailed tonight? Here is today's game recap.