The Tigers finally snapped an ugly 11-game losing streak in a big way with a 9-1 win over J.A. "Trade Bait" Happ.

Ryan Borucki makes his second major-league start in what should be a less hostile environment, to say the least.  Instead of facing the defending World Series champions on the road, he'll be facing a Miggy-less Tigers squad at home.  Let's see how the kid does today.

Jays are going to be back in their normal uniforms, so that ought to mean they'll win today.  They suck while wearing red.

Lourdes Gurriel Jr. has been called up after Darnell Sweeney was sent down after yesterday's game.  Why they didn't just put Sweeney down in Buffalo and have Gurriel up here all along, I'll never understand.  Stop yanking him up and down, Asskittens.

Today is the International Signing Day and reports say the Jays are expected to sign IFAs Orelvis Martinez (SS), Javier D'Orazio (C) and Amell Brazoban (OF).  (From BBB)   <-- This link has more deets and a video of Martinez.

The big one is Orelvis Martinez, a SS out of the Dominican Republic, who is to get $3.5M from the Jays.  Ben Badler tweets that it is expected to be the top bonus for an international player this summer.  Baseball America ranks him 7th in their top 50 international prospects list.  MLB has this line about Martinez:  "Orelvis Martinez, a power-hitting shortstop from the D.R., is sometimes compared to a young Adrian Beltre."  Yes, please.

It's J.A. Happ's Bobblehead Day!  Get yours while you can!


A funny aside, too good not to share (stay with it to the end).  This happened in Alberta:
https://theconcourse.deadspin.com/criminal-couples-harrowing-attempt-to-escape-convenienc-1827242416 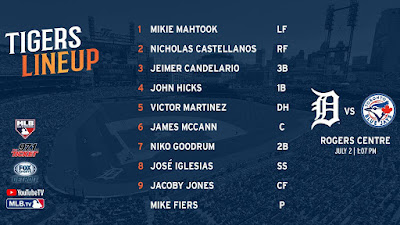 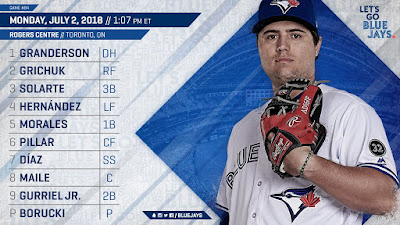 This is your "win the season series" game thread.