That's quite a proper initiation to the big leagues for Borucki (a.k.a. Showrucki) as he will have now faced the top three highest-scoring offences (HOU, NYY, BOS) in his first four starts as a major-leaguer.  Now, how about some actual runs for him, huh?  He deserves better than a total of 3 runs of support in his three starts.

After losing the series opener, 6-4, the Blue Jays are looking to get back on the winning track and also looking to end the Red Sox's ten-game winning streak.  Showrucki goes up against 2016 Cy Young winner (barf) Rick Porcello.

Not only have the Red Sox won their last ten games in a row, but they've also set a record for most wins (66) prior to the All-Star break.  As well, they're 37 games above .500 for the first time since 1946 -- think about that... they haven't been that many games above in 72 years even over a full season, and they've done it before the break this year.

Well... my last game thread for a while.  It's been a blast doing them, digging up facts and figures to post on here.

Marco Estrada has been placed on the 10-day DL with a left glute strain.  Dwight Smith Jr. has been called up to take his spot on the roster -- mildly surprising to me as I'd have thought they would want a fresh arm with two short starts in a row from Happ and Gaviglio.

Some tidbits from around baseball: 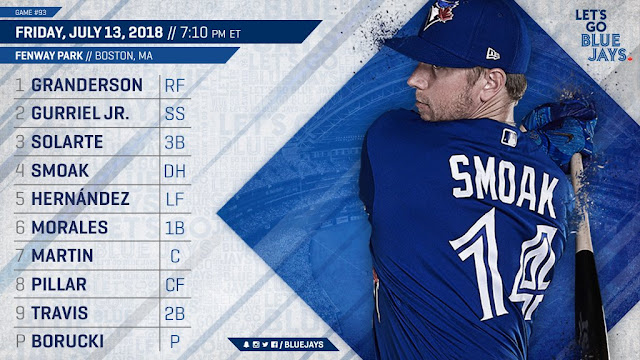 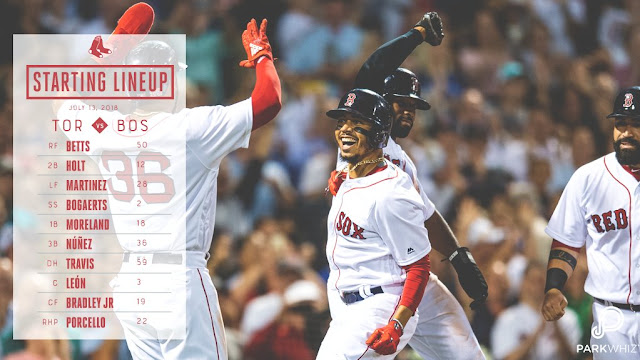 This is your "bon voyage" game thread.