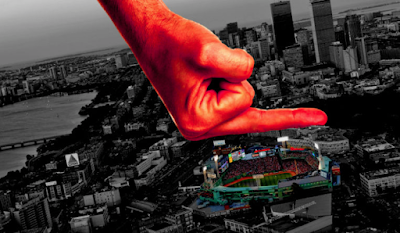 The Blue Jays roll into Fenway Park for a four-game shellacking against the first-place Red Sox.  The Jays are a mere 21.5 games behind Boston, but hey, at least we're not nearly 40 games out like the Orioles!

In a further conspiracy by MLB to lower the potential return on a trade to the Yankees and further weaken the Blue Jays, trade bait J.A. Happ takes the ball against an offensive juggernaut again.  On the other side of the field, former Blue Jay hired gun David Price will attempt to further alienate the Red Sox faithful and force his way out of town.  Both are coming off two not-so-great starts; who will be the one to out-stink the other and come out on top?

Happ gets to pitch to a red-hot J.D. Martinez, who is contending for the Triple Crown with a .330/.393/.649 line with 28 HR and 79 RBI.  Martinez leads the majors in the latter two categories and is third in batting average.

As of 5:30 pm, no fresh arms have been called up from the minors, so clearly the Jays are banking on Happ to not suck too horribly tonight.

We see an old friend tonight, Steve Pearce, for the first time since he was traded to the Red Sox for a prospect about two weeks ago.  He's hitting .458 in 27 PAs since the trade.

Cool fact:  Devon Travis leads all hitters with a .363 batting average in interleague play since the start of 2015.

Want to feel better about our players on the Jays?  Just be thankful we don't have Chris Davis.  He's currently on pace to score 30 runs for the full season -- only 14 in all without driving himself in via a home run.  The fewest scored on non-homers is 19 for a full-time player (Leo Cardenas of the 1972 Angels).  Go Crush Go!

It would appear that Mad Max Scherzer will be the first defending Cy Young winner to start the All-Star game in his own home park.  The last time a righthander threw 200+ innings and had a WHIP below 1.00 four seasons in a row (as Scherzer is on pace to do)?  Walter Johnson in 1912 to 1915. 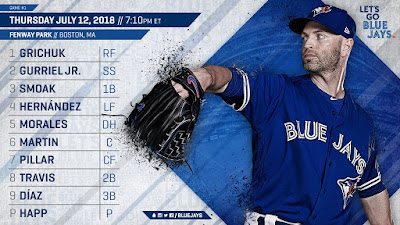 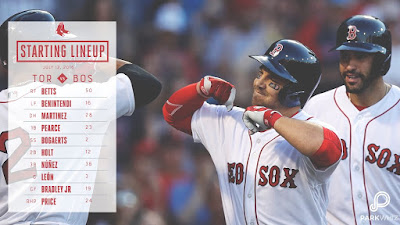 This is your "We're gonna get killed, aren't we?" game thread.