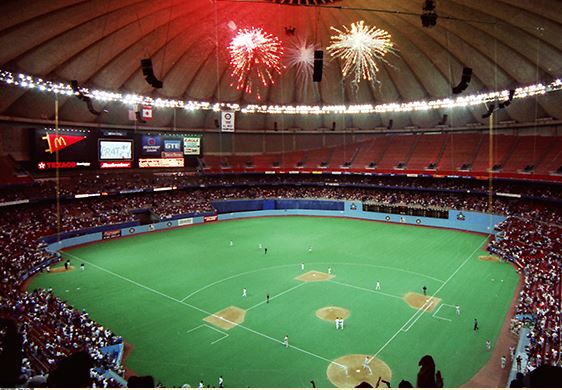 The Jays have been quite bad this year but now that a lot of the flotsam and jetsam has been cleared out in favour of the youngsters, they're quite tolerable to watch.  If you squint a bit it's not difficult to see a bright future for our squad.  "If things fall just right" the Jays may be back in contention for a wildcard spot in a couple of years.

In recent JITH news, our own Wince has jetted off to Switzerland.  He stopped in Ireland on the way where he ate, according to Dabbles, a "rasher".  Meanwhile, Joe McD was highly impressed with the skill of the bartender who poured the perfect pint of Guinness.  Like many on this site, Joe has extensive experience with spirits of various kinds (liquid ones).   In related news, Joe McD has been making a variety of questionable comments of late and we all hope he can come back to the straight and narrow before he's permanently banned from the site, with no chance of reinstatement.

This just in, Wince has been expelled from Switzerland and is currently on a high-speed train through Germany, heading for Denmark.  Apparently he attended a pre-season hockey game but didn't realize the players took shifts instead of playing the whole game.  When the second line took over before the first whistle was even blown he went into a deeply rageful state and assaulted an usher.  He was lucky to not be thrown in jail - hopefully he makes it back OK and can return here to comment further on the downfall of today's game - the Opener.

The Mariners, 1977 expansion cousins to the Blue Jays, are a relatively new club.  However, baseball has a long history in the Pacific Northwest and specifically in Seattle.  The Seattle Indians began play in 1903 in the newly formed Pacific Coast League.  The league changed somewhat over the years and the team would change to the Rainiers, the Angels, and back to the Rainiers.  This name, of course, was due to ownership of the club being taken over by Emil Sick of the Rainier Brewing Company.

The aptly names Sicks Stadium, normally holding 15,000 spectators, was quickly "expanded" to 30,000 as a condition for the newly awarded expansion team, the 1969 Seattle Pilots.  Contemporary accounts suggest that by opening day, construction was well behind and they were only up to about 17,500 seats ready.  Some of those who showed up for opening day had to wait a few innings for their seats to be made.  Water pressure was inadequate, sewage occasionally leaked, and as the summer progressed and more seats were made available, many of them were obstructed view.  For those interested, a quick Google search will reveal a wealth of books that cover the history of ballparks, some pictorials and other with the stories behind them.  On another mostly unrelated note, the very recently deceased Jim Bouton was a member of the '69 Pilots and wrote his famous and groundbreaking book "Ball Four" about that season. 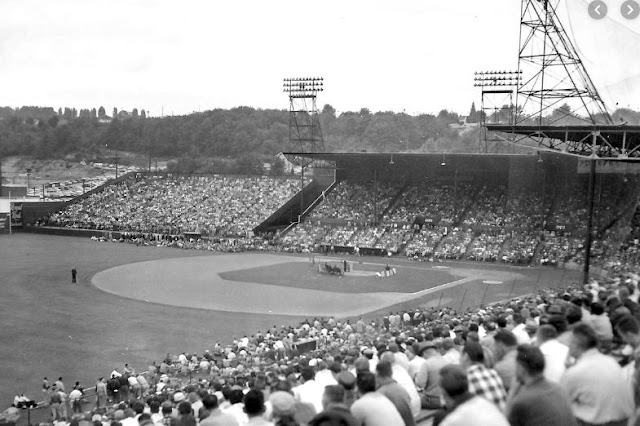 Needless to say, the Pilots season was a disaster, they went bankrupt, and the club was sold to Bud Selig and moved to Milwaukee.

Moving on, other stuff happened, the Kingdome was made, baseball returned to Seattle, some good players eventually showed up, the Mariners had one of the best seasons in the history of the game but once again lost in the playoffs, and they have been mediocre ever since.  In tomorrow's instalment we'll take a closer look at some of the greatest players in Mariners history.

For those interested, here's a small selection of photos I took in Seattle in 2003.  I had closeups of the players during warmups but have been unable to find them for years.  The search continues.... 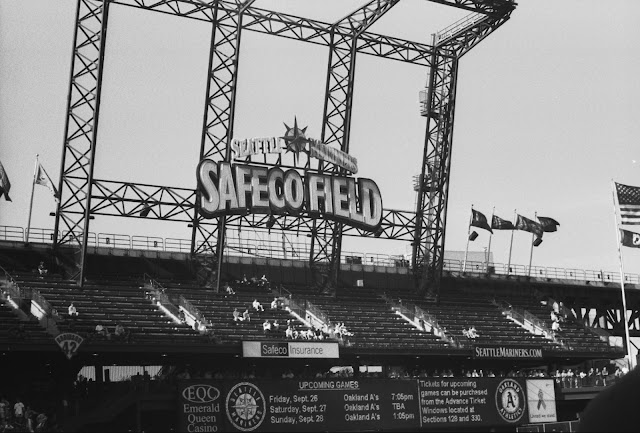 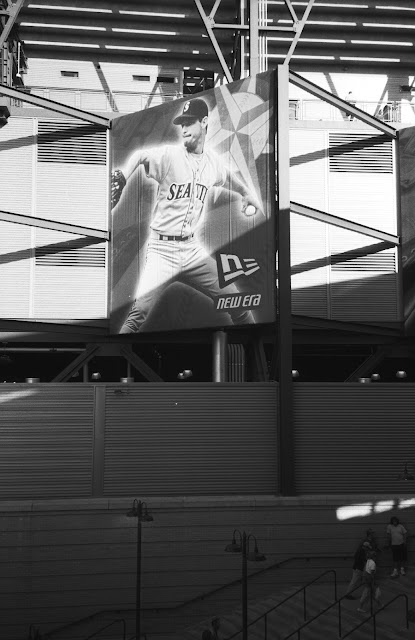 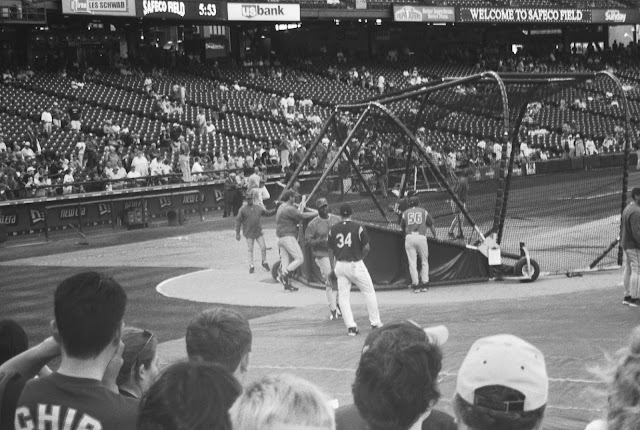 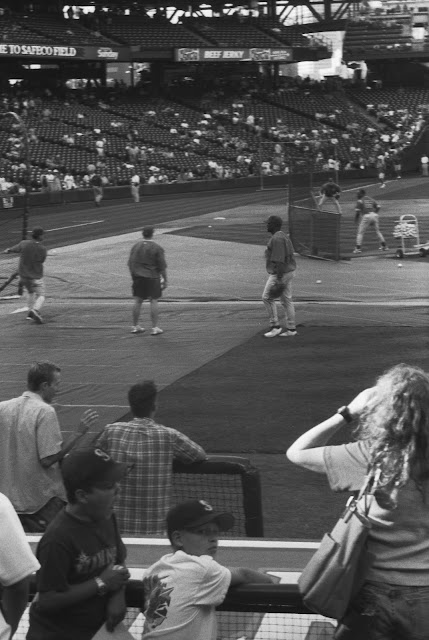 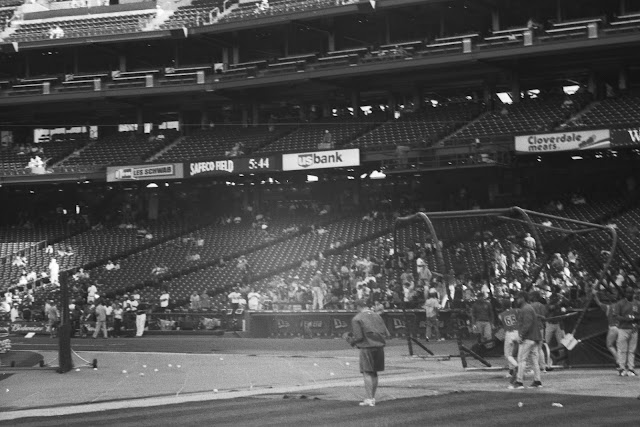 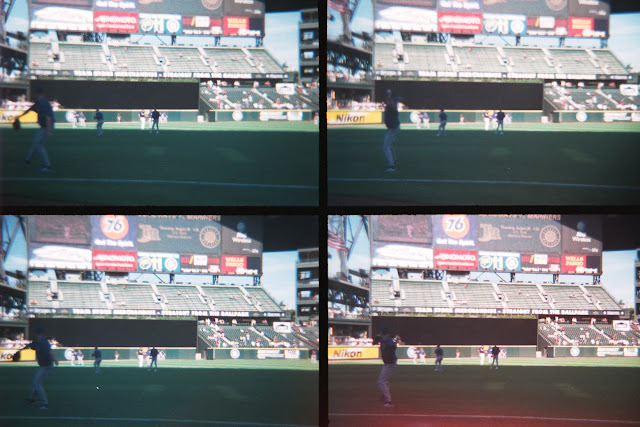 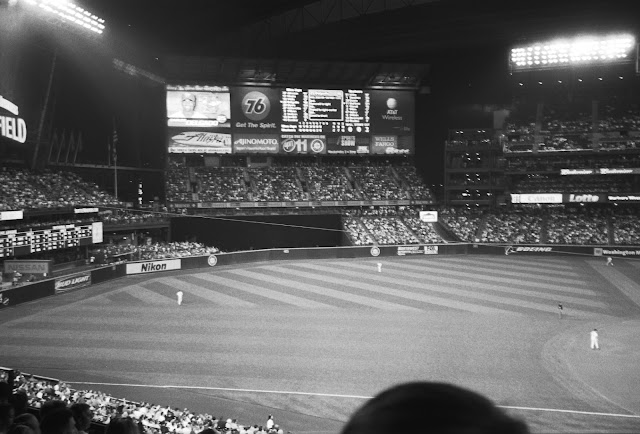 Trent Thornton, who has looked quite decent lately and seems to be making adjustments, gets the start against recently recalled Justus Sheffield.  Both of these "middling at best" squads have been out of playoff contention for months so the only real interest left, other than the pure enjoyment of the game of baseball, is in seeing strong performances from pieces of the future.

The Jays will be looking to forget about the Dodgers series, particularly last night's game, where they lost in heartbreaking fashion in the bottom of the 9th, and where a strong outing from the club's pitchers was ruined in short order.  Upon seeing that debacle, I strongly considered deleting this game threat!  What's the point of making a game threat for this nonsense when it doesn't matter....when I won't be watching anyway!  In fact, this text is the last you will hear from me, as last night's awful loss will be the last involvement I will have not only with Blue Jays baseball but with the game of baseball in general.  I am even going to burn my collection of baseball cards!