After a thorough beatdown in last night's opener, the Blue Jays look to carry over the momentum into tonight's second game against their not-so-beloved rivals, the Rangers.  The Jays' youth movement is in full force with Freddy Galvis being scooped up on waivers, and last night's rout was a good start moving forward.

Wilmer Font will open the game for the Jays and then turn things over to Thomas Pannone when he's good'n'ready.  They will matchup against Lance Lynn, who has been beaten around a little by the Jays in his career (1-2, 6.11 ERA in six outings).  Pannone set fire to the mound in his one start against the Rangers earlier this season (7 runs in 2.1 innings).

A few roster moves to report.  After initial reports coming in that Rowdy Tellez was in the Jays clubhouse and a move was afoot, we have this:

In last night's game, Rougned Odor did his usual fuck-knuckled (™ Tom Jackson) jackassery by totally pimping out his solo HR hit with the Rangers down 17-2 in the 7th.

Let's remind everyone of some good Jays-vs-Odor moments, shall we? 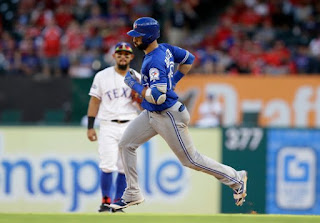 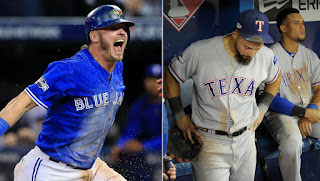 Couldn't happen to a nicer guy.  Jerk off all you want over meaningless HRs while down 17-2 but remember the Jays always come out on top against this guy in the end.

Shed a tear for MK - she's got most likely a broken toe.  Wishing her a speedy recovery.

It's All Over! is still campaigning for Joe's banning.  Crowd says no.  (just kidding, guys) 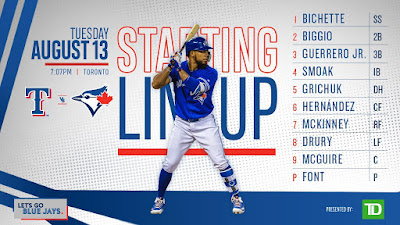 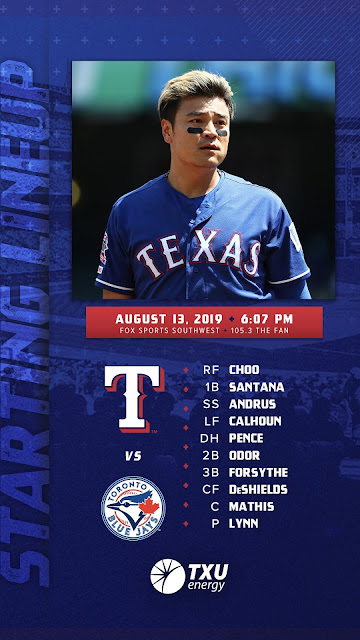