The Blue Jays started off their three-game series against the Mariners with a resounding 7-3 win, including a ridiculous HR hit by Vlad Jr. who admitted it looked like his father out there.  Game two of the series goes this afternoon and the Jays will be trying to lock up a series win against a team that had their season literally falling off a cliff after a 13-2 start.

Trent Thornton takes the ball for the Jays this afternoon and he'll go up against an opener in Reggie McClain and assorted others (likely to be some combination of Zac Grotz, Erik Swanson and Sam Tuivailala).

Friendly reminder that I will be away for a week as of this afternoon, so need you guys to churn out game threads until the 24th (inclusive).


Bo Bichette's 17-game on-base streak ended in last night's game, tied for second-longest ever for a 21-and-under player to start his career.  Time to start up a new streak, Bo. 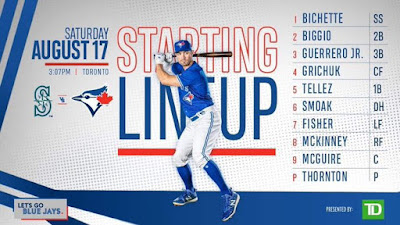 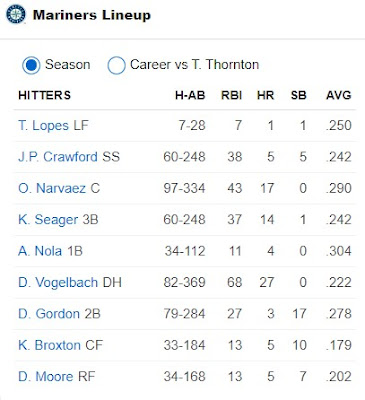