The Blue Jays, having won the past two games, look to secure a series win in the finale of a four-game series against the Evil Empire.

In a stunning development, we have two actual starting pitchers going up against each other in today's game.  Yes, stop the presses and put Wince on defibrillator-watch.  Trent Thornton takes the ball for the Jays as he faces off against Masahiro Tanaka, who is 3-3, 3.70 in eight Rogers Centre starts.

I'm back for a week... nice to see you folks didn't turn the place upside down and left some beer in the fridge for me.

It's a rare day without any roster moves for the Jays.  Vlad Jr. gets rewarded for his game-winning triple in yesterday's game with a seat on the bench for today's game (load management, folks).

Fuckin' Gio Urshela is the cleanup hitter for the Yankees today.  Only in Yankeeland does this stuff ever happen. 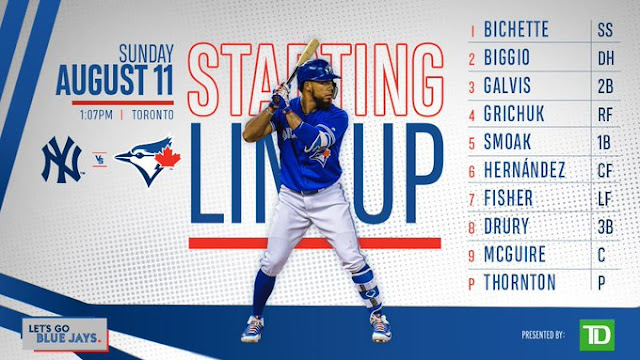 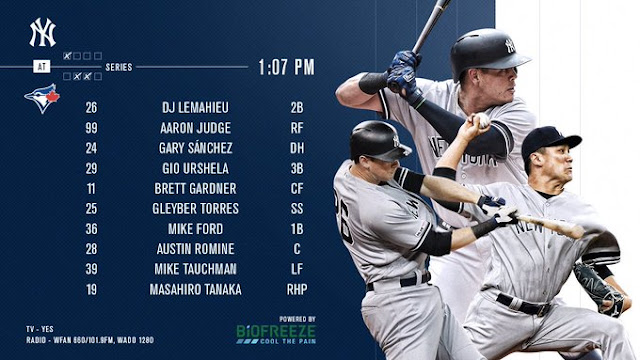 This is your "let's bag us a series win, boys" game threat.