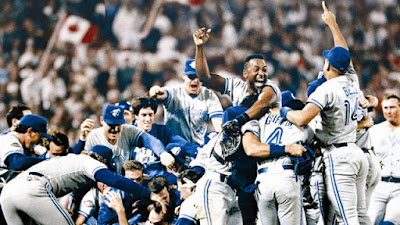 After winning the opener of a two-game series against the Braves last night, the Blue Jays look to accomplish a mini-sweep in tonight's finale.  They had lost 9 in a row against National League teams before last night's win and are 3-14 overall on the season in interleague play.

Staff ace Jacob Waguespack takes the ball for the Jays as he looks to continue a string of solid performances, having gone 3-0, 1.93 in his last five outings, including a 7-inning, 1-hit performance against the Dodgers last week.  He'll go up against Mike Foltynewicz, who is 2-0, 5.40 in three appearances against the Jays.

A Jays Fan Shuttle ride with Grichuk and Law:

What do you get when you mix @RGrich15 and @DerekLaw64 in the Blue Jays Fan Shuttle? A ride of a lifetime!#BlueJaysInvade, powered by @HondaCanada pic.twitter.com/3ywaG07Jo5
— Toronto Blue Jays (@BlueJays) August 28, 2019


FROM THE "ONE OF THESE THINGS ISN'T LIKE THE OTHERS" DEPT:

The last three players to start the game as his team's cleanup hitter and then throwing at least an inning on the mound:

Also in this department, only two guys have ever had a season with at least 200 plate appearances as a position player, made fewer than 5 relief pitching appearances, and finished at least two games that their teams WON (usually position players only mop up in lopsided losses):

Gibby missed out on a golden opportunity to squeak out more wins last year while Martin was still around.  Dude can pitch - 4 appearances, 4 innings, 2 hits, 0 runs, 0 BB, 2 K. 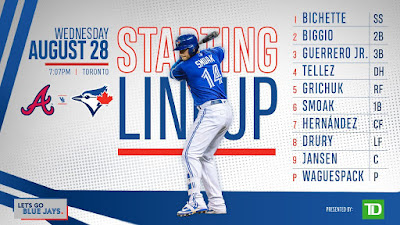 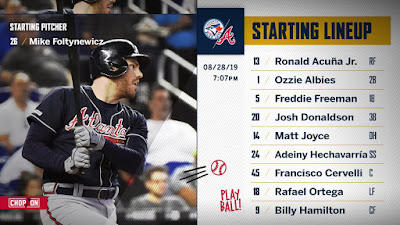 This is your "stop the rain" game threat.