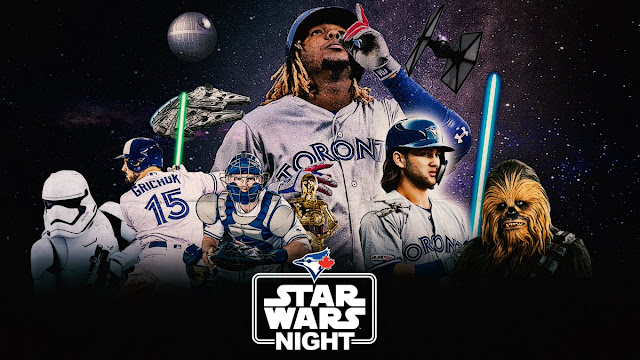 Mailing it in tonight, folks.  Gonna be short and sweet.

Jays offer up Trent Thornton as tonight's sacrificial lamb to the Astros slaughter.  Wade Miley goes for the Astros and he gud.  Very gud this year.  Though he has a career 2-7, 4.47 lifetime against the Jays in 10 starts.

I'm behind on the news as I haven't seen much of anything in baseball the last couple of days other than what we've been blathering about on the previous thread.  I'll do better tomorrow in order to avoid being DFA'ed.

Ryan Tepera is with the Jays right now and it appears he'll be activated on Sunday when the rosters expand.

Oh yes, one little tidbit to pass along... The Astros have a rookie infielder by the name of Abraham Toro, who was just called up last week.  He's a native of Longueuil, Quebec.  Welcome home, Toro, though Hinch isn't being nice by not putting him in the starting lineup for tonight.


Here's a doggie pic.  That's what y'all came for, right? 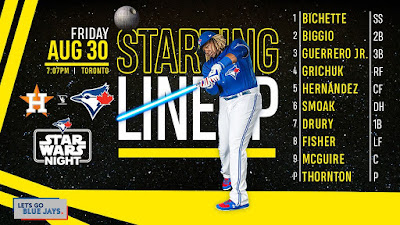 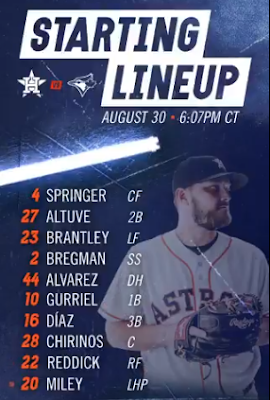 This is your "May the force be with the Jays tonight" game threat.
Posted by macgyver13 at 5:50:00 PM