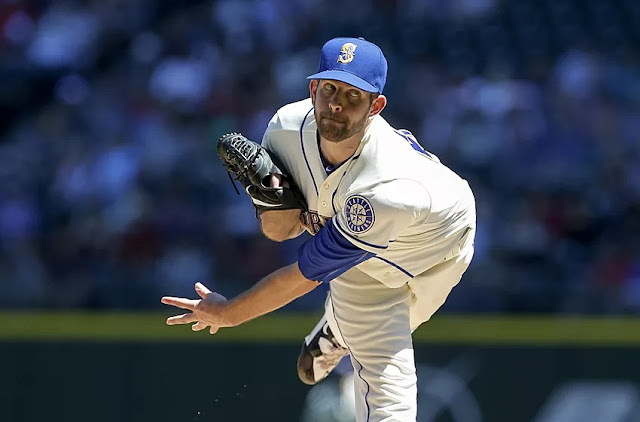 The Blue Jays are set to face off against Canadian James Paxton, who looked somewhat OK in his last start.

Here are the line-ups:

The Mariners take on the Blue Jays in the first game of the series at 4:07 p.m. #TrueToTheBlue

Stro gets the ball tonight as we start a stretch of 13 of 15 games at home. https://t.co/hWvtmFmVyZ #BlueJays pic.twitter.com/fR3uS0Qgb6

Here is Paxton showing his Canadian toughness off in the face of imminent danger.

In seemingly meaningless roster moves compared to the big news, the Jays have officially placed Aledmys Diaz on the DL and called up Urena.

Looking past this game, we have some unfortunate news regarding closer Roberto Osuna. It certainly doesn't sound good, as more details are being released.

Police source confirms Roberto Osuna was charged with domestic assault (girlfriend) and released on his own recognizance.
— Hazel Mae (@thehazelmae) May 8, 2018

These are not light allegations to be tossing around, and they are certainly more than allegations with him being formally charged. The best we can really hope is that it's not true, and beyond that, I'm not sure what else can be said. There is no place for it. Seems to be a common theme among athlete's lately, and not a trend that should continue.

From a baseball perspective, Shi Davidi reports that he will be placed on the commissioner's administrators leave list, and based on other examples of the domestic violence incidents he appears to be facing a long absence from the team. No word yet on who would replace him in the pen - my money is on Ryan Tepera, but Seung-Hwan Oh, John Axford, and Tyler Clippard are also candidates with closing experience.

In other baseball news, Matt Harvey is looking like he has found himself a home, as he becomes a new reclamation project for a Reds rotation that has their own problems staying healthy.

The Reds are nearing a trade for Matt Harvey. Very close, according to source.
— Tim Brown (@TBrownYahoo) May 8, 2018