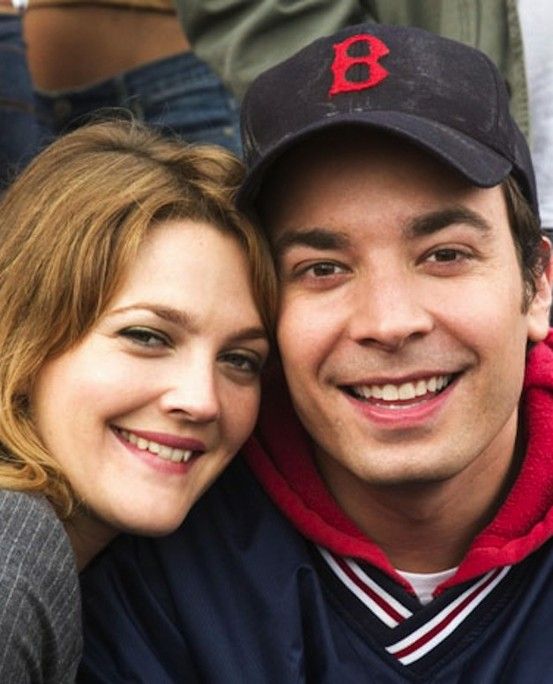 PRE-AMBLE:
Its been a pretty rough couple of weeks in both Toronto sports and just in general news so lets try to have fun tonight, even if the Jays play like they have over the past month. There are some some ugly stats but I want to show of some positive stats for the Jays!

Where does Kevin Pillar's offense rank amongst our #BlueJays?


Okay...thats all the positive I've got, but its early...Here is some (more) negative news on the Jays front.


Was he injured all this time, or is this one of those "injuries" like Grichuk that is used to save face?

It doesn't get any easier for the Jays after losing 2 of 3 to Seattle including be no hit this week. Tonight they are up against arch nemesis and jersey ripping All-Star Chris Sale whose numbers this year are quite tasteful. Aaron on the other hand has not been as sharp this year, but maybe today is when he turns it all around!


In other news, it has been a busy day for Toronto sports today.

Brendan Shanahan, President and Alternate Governor of the @MapleLeafs, announced today that Kyle Dubas has been named the 17th General Manager in the Club’s history. #TMLtalk
— Leafs PR (@LeafsPR) May 11, 2018 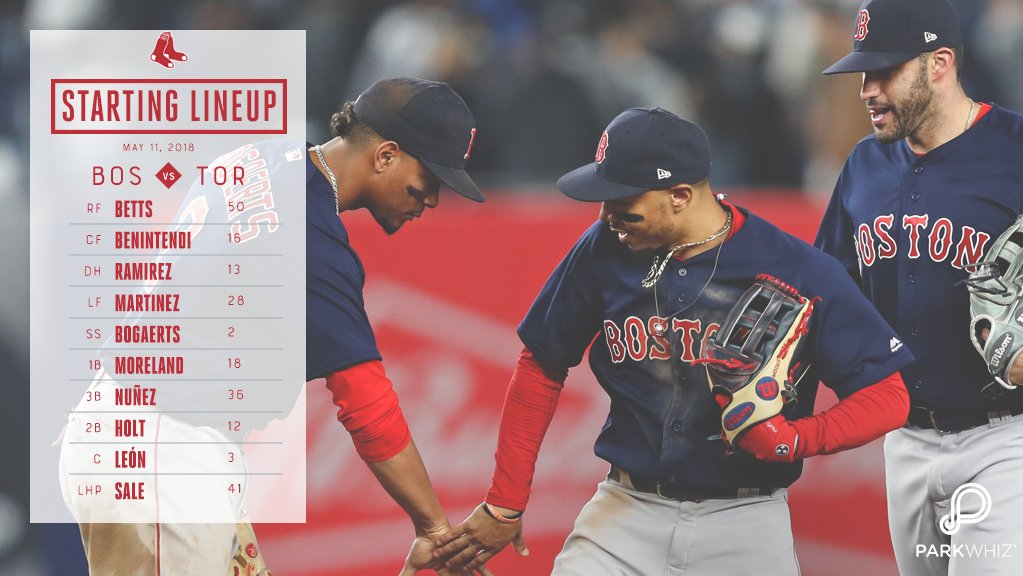 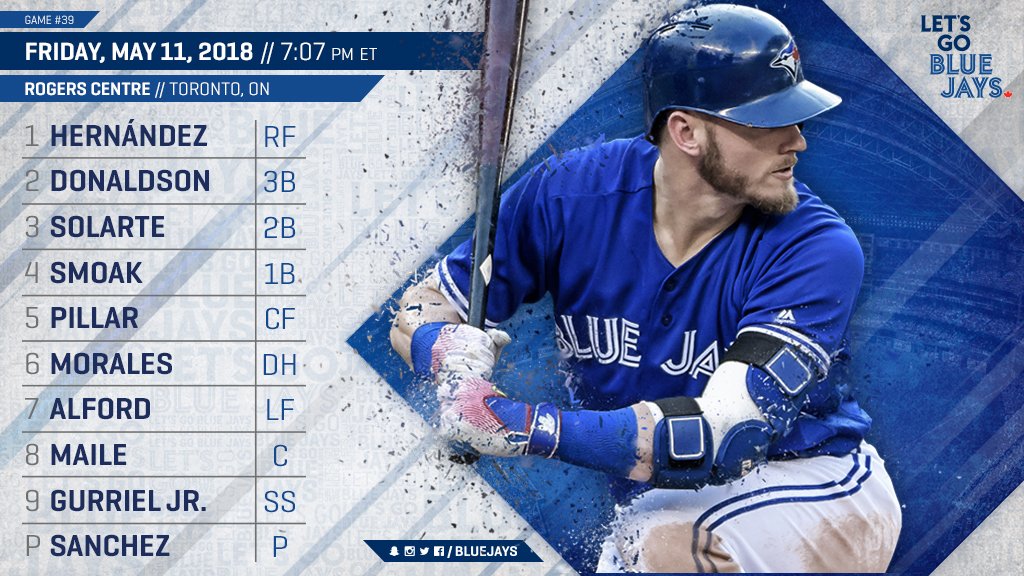 I must say, the Red Sox have a much better graphic designer than the Jays. Look how sharp that lineup tweet looks! I would get that tattooed on my chest...if all the players weren't garbage clowns and the team wasn't a fecal cesspool.

This is your Game Thread "Ay Ay Ron edition".