Tonight is game two of the scheduled bludgeoning of the Twins and the dispiriting heart-break of their fan base. The Jays have completed their best April in years, going 16-12. Will May bring more of the same?  Hopefully the impending Donaldson return will help keep the offensive motors chugging at a high level of production for the whole month as the Jays seek to keep pace with the Red Sox and the Yankees.

One of the most fascinating players I remember from my youth was Harmon Killebrew of the Twins.  C'mon, that's a name just made for a big-time slugger! Putting serious harm-on baseballs and pitchers’ egos, and then killing some brews after games! Ossie Bluege famously said that Killebrew "hit line drives that put the opposition in jeopardy. And I don't mean infielders. I mean outfielders."

Killebrew was one of the few MLB players to make it from the state of Idaho - his 573 career HRs is merely 502 ahead of the next highest total from an Idahoan (Vance Law).  Of note, one-time Blue Jay Ken Dayley is from Idaho as well.

I was at the Mall of America in Minneapolis last summer, which was home to the original Metropolitan Stadium.  When the stadium was torn down and the mall was built, they kept the home plate from the old stadium and the chair that was hit when Killebrew destroyed a ball 522 feet (or 520 feet depending on the source... yeah yeah, old-time measuring) on June 3, 1967: 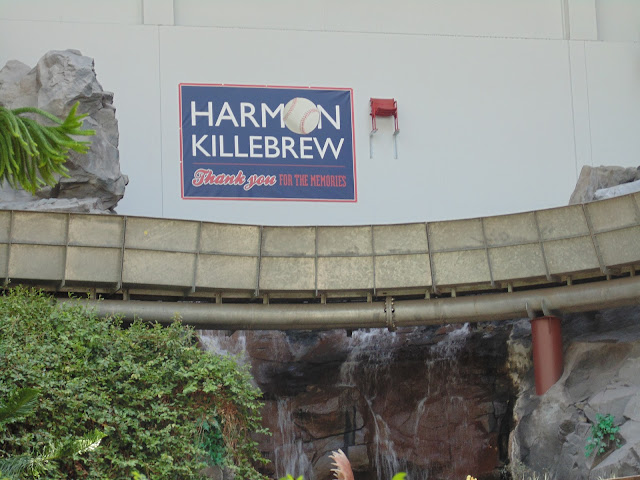