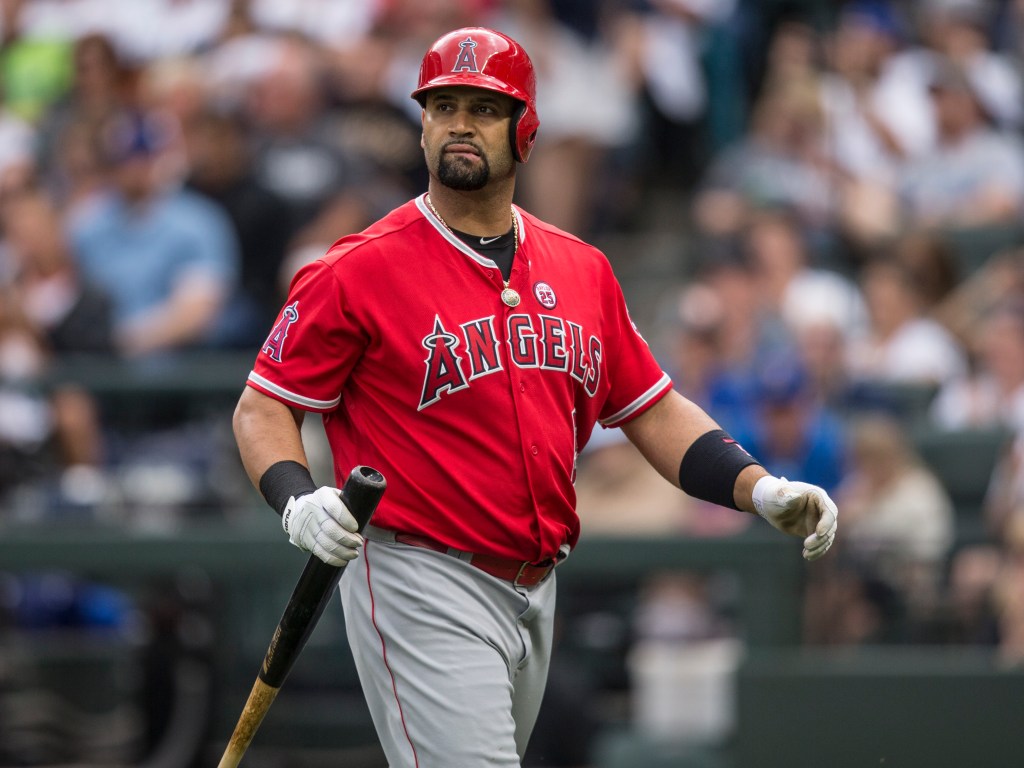 Albert Pujols was 2-5 at the plate, including a solo HR and 2 RBI as the Angels routed the Blue Jays 8-1.

After an ugly game last night where Tyler Clippard blew the save opportunity, the Blue Jays were hoping to end the disastrous home stand, where they won 1 of 6 games heading into today's matinee. Here is today's game recap.