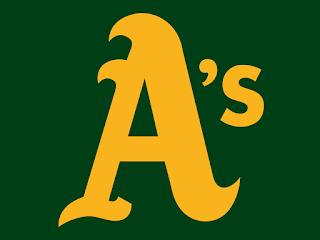 
PRE-AMBLE:
Well shit, last night sucked. Dosh looked lost at the plate, another short outing for Sanchez and the pen showed signs of being overworked. On top of that, the A's starter lasted just 2 and a 1/3 innings but by the time the Jays scored some runs on Oakland's pen, the game was already out of reach. And tonight, we have our fly ball pitcher going against a lineup that clubbed 3 home runs and 2 doubles in the 1st game. Which of course means he'll have a great outing. Brett Anderson is not good at pitching but hes a slop throwing lefty, which the Jays struggle, at times, hitting. Basically, who knows!? That's why we watch/they play the games. Here's hoping for an entertaining game and for once, HOW ABOUT A 1-2-3 1ST INNING FOR A JAYS STARTER?!

OF NOTE:
Jaime Garcia has been placed on the 10 day DL, with, as Stoeten and others suggested, left arm shittiness. Deck McGuire has been recalled from Buffalo in a corresponding move.


This is your GAME THREAD: "Batting Practice" Edition.