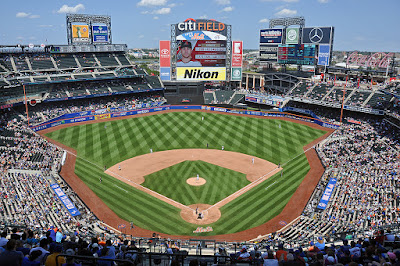 The Blue Jays are facing an old friend, Noah 'Thor' Syndergaard, for the second time since the big December 2012 trade where he was part of a package that resulted in R.A. Dickey going to Toronto.  In his only start against the Jays, Thor went six innings, gave up two hits and one run (a HR to Jose Bautista) and struck out 11 with 2 BBs.  This was the game that snapped an 11-game winning streak after "The Nappening" and was a bit of a cock-punch as the Jays went ahead in the top of the 11th only to see the Mets walk it off with two runs in the bottom half.

Huge breaking news:  Robinson Cano has been suspended 80 games for a PED violation.  He has accepted the punishment and apologized to his family/friends/fans/teammates/organization, saying he wished that "I had been more careful."  He'll lose $11,851,852 in salary.


IMPORTANT ON CANO: players are NOT automatically suspended for using diuretics. The suspension means MLB was able to prove he was using it to mask a drug. Cano tested positive before the season, appealed and dropped the appeal. https://t.co/3l47Mkya46
— T.J. Quinn (@TJQuinnESPN) May 15, 2018

After Sunday's loss to the Red Sox, Anthony Alford was optioned to Buffalo, and the suspense built as to who would be called up.  An announcement would be made prior to tonight's game.  So...

Monday turned out to be a day of intrigue as Vladimir Guerrero Jr. posted an Instagram pic of him at JFK Airport in New York in the early afternoon.  Twitter went cuckoo.  Men wept.  Ladies fainted.  It was later revealed that the pic was actually from last December and Vlad Jr. soon took the post down.

Epic trolling or just fantastic timing without him realizing the connection between JFK and the Jays traveling to NY?  You decide.  As one tweeter said, "Vlad: 80 hit tool, 80 power, 80 troll game."


The follow-up to this IG post is pretty interesting reading here:  Vlad drove the Internet wild...  Where in the world is Carmen Vladiego!

So... c'mon, out with it.  Who did get called up after Alford was sent down?  Dwight Smith Jr.  Wrong "Junior" and talk about a let-down after all that stuff earlier!

Curtis Granderson will have a tribute video played prior to tonight's game in recognition of his contributions as a Met from 2014 to 2017.

Also, this is interesting - this is the first video I've seen of John Gibbons playing in uniform as a Met:

Dude is an absolute freakin' boss.  So far.