Today's game is being shown on Facebook and it's not going over very well on social media:

After the Angels and the Blue Jays split the first two games of the series, this is the rubber match for bragging rights between two recently slumping squads as they jostle to stay in the playoff race.

It's School Day at the ballpark, so plenty of rambunctious, screaming kids to soak in the atmosphere.  If you're there at the game, I pity you and hope you brought your ear plugs. 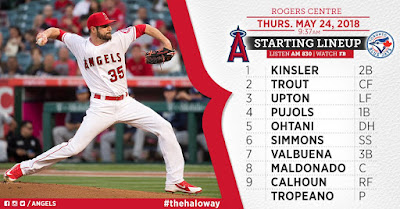 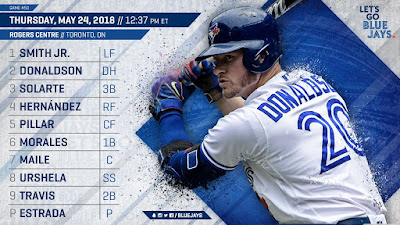