Pre-Amble: A win! A palpable win! it wasn't pretty, actually the Jays were quite lucky to pull out the win after Tempura shit the bed in the 9th. Some walks, some wild pitches, the usual. On the plus side, Sammy G was outstanding again allowing only 3 hits through 6 innings! 6 innings! It has been a while since a Jay's starter has made it into the 6th inning. The bats also came alive last night so that was nice to see. Smoaky Bear got a HR which feels like his first in eons, even Martin contributed...which is rare. We could talk about how bad the closing situation is for the Blue Jays after almost their 3rd blown save in 5 attempts, but I am pretty sure this season is a wash with 1. Struggling starters 2. Struggling bats and 3. Struggling BP so we should just roll with the punches and have fun! :D (and drink...lots of drinking)

Of Note: Papa Garcia is back from the DL today and starting. I am scared, but maybe he will get a hit, so that will be fun. Our pitchers have been batting a lot better than most of the regular's this season. Being sent down to make room for Papa is Dalton Pompey who was just called up yesterday...and didnt play. We hardly knew ya.


We've activated LHP Jaime García from the 10-day DL. He will start this afternoon.

OF Dalton Pompey has been optioned to the @BuffaloBisons. pic.twitter.com/iR4GEO8Poy
— Toronto Blue Jays (@BlueJays) May 26, 2018


Taking a quick look at today's lineup and Martin is batting 6th playing....SS? Who? What? Where? Why? but seriously what is the point? This is his first career start at SS. He is 35 years old, trending excessively downward and not swinging the bat so I see no logical reason for this move at all. I assume at this point in his career or at least this season, awful Ursula is equal with Martin at the plate, but at least Ursula is a SS...Why not put Solarte at SS and Travis at 2nd and not play Martin? Everybody drink!


Last but certainly not least, in case you missed yesterdays game thread which was essentially a Fisher Cat game thread...


So that is fun. Today the Fisher Cats have a double header and I will try to keep updates rolling in as the game(s) progress. 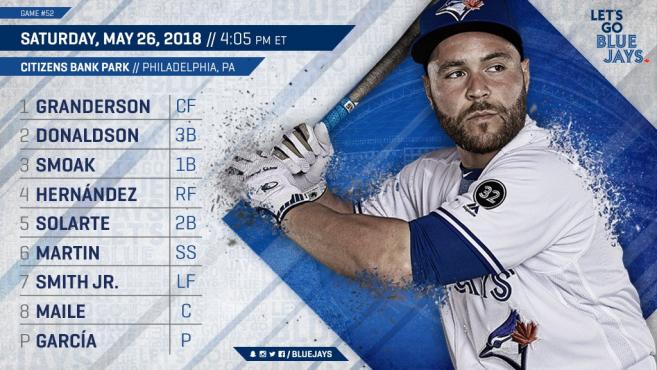 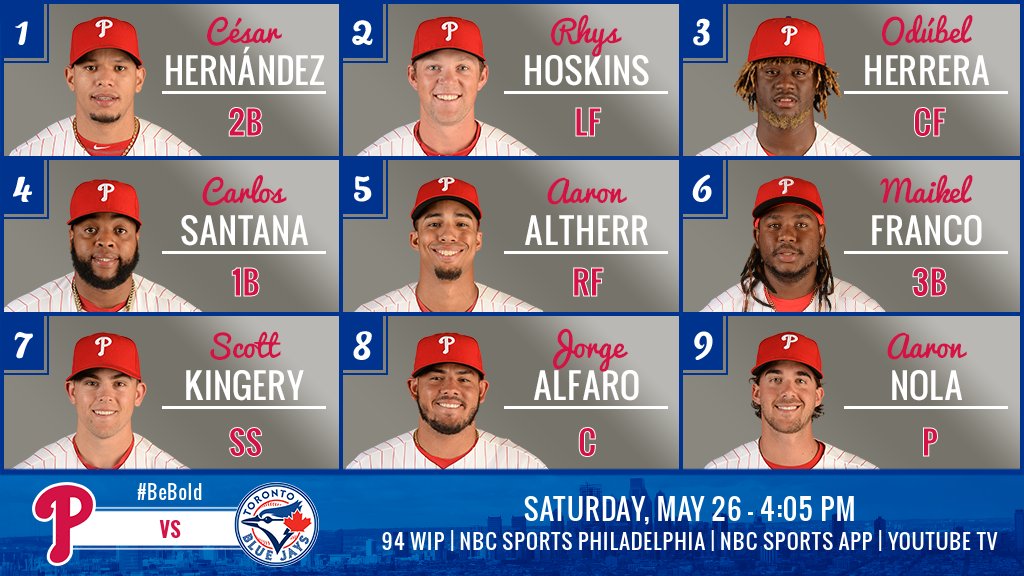 This is your game thread "Teams get 2 wins a row all the time" edition.