If there's a must-win game, this is pretty close to being one as it gets in the month of May.  The Jays have lost three in a row and are in danger of only being a half-game ahead of the Rays in the standings.

Can Marco Estrada reclaim the Tropicana magic he had three seasons ago when he took a perfect game into the 8th?  (Remember when Josh Donaldson dove two rows deep to catch a foul ball?)

John Gibbons was ejected from last night's game after a game-long battle with the home plate umpire over a tight strike zone.  Will this fire up the boys into capturing the series finale?

Justin Smoak will be reinstated for today's game off the paternity list.  Richard Urena has been optioned to Buffalo.

Teoscar's HR in last night's game made the Jays the first team to reach 50 HRs on the season.

Today is the 20th anniversary of arguably the greatest pitching performance of all time:  Kerry Wood's 20K game.  Nine innings, one hit (which could very easily have been ruled an error; it was an infield hit that went off the 3B's glove), zero runs, zero walks, twenty strikeouts, done at the age of 20.  Highest game score of all time at 105 and it was done against a 102-win team that led the NL in runs scored.

Here's a look at each of the 20 Ks - plenty of wiffle ball action (particularly near the end) and you really can see how the pitches were humming.


If you're so inclined to watch the whole game, the link (SI article and video of game) is here... Anniversary of the Kerry Wood 20K game

And there's this:  An oral history of the 20K game 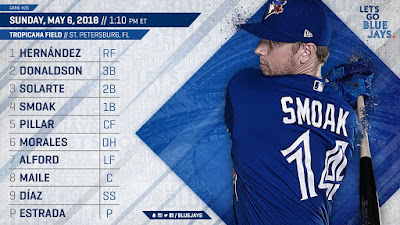 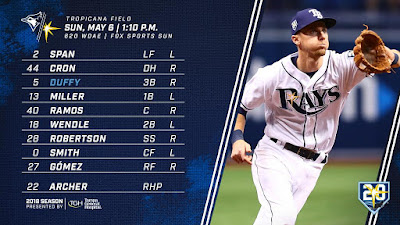