Stuff I Found: Stories out of Jays/Red Sox in Montreal 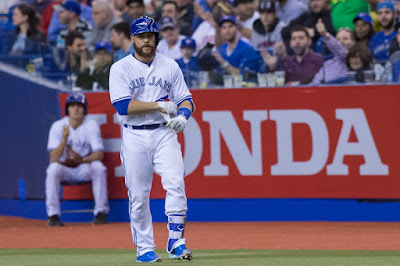 For my first post around these parts, I'm doing a round up of some English and French language coverage of the Jays' trip to Montreal.

Big league baseball returned to Montreal for the third with the Blue Jays hosting the Red Sox. Lots of people wrote lots of stuff. Here are some of the highlights:


He talked about the Jays not offering him a deal and the business of basbeall. Price also had some nice things to say about Stroman:


“Stro’s worked extremely hard to be where he’s at right now and he wants it—and that’s what you’ve got to have. That’s something he always talked about last year. I remember he was like ‘even if you sign back with the Blue Jays next year, I’m going to lead this staff. I want to throw that ball on opening day.’ And that’s good to hear, he wants to not only be the guy on the Blue Jays, he wants to be the guy in the American League—or in all of baseball. That’s a good quality to have.”

On his time in Toronto:


“They definitely have passionate fans out here, that’s for sure. Being there those two months last year and seeing how they gravitated towards the Jays, that was definitely very special. I definitely know how special my time in Toronto was. It was a great two months of baseball, both on the field and off.”

Because the article was posted on Sportsnet.ca, there were idiot comments. Here is a choice one: 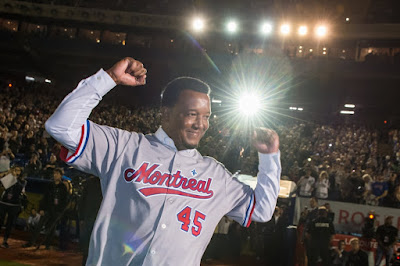 From current Red Sox pitcher to former, Pedro Martinez was honoured in Olympic Stadium, along with Tim Raines and Vladimir Guerrero.

Here is the coverage on RDS (which is the Quebec version of TSN.)

Translation? "I'm ready to help in any way, I'm ready for anything. I don't know how I can contribute, but I would really love to do it for Montreal to find it's team again."

Martinez also made the rounds in English media, visiting both the NESN and Sportsnet broadcasts. He told Buck and Tabby some things about Marcus Stroman, as reported by the Score.


"He's a little stronger than I was. This kid has so much talent, he doesn't need to be any taller," Martinez raved about Blue Jays Opening Day starter Marcus Stroman during the live broadcast. "I totally relate (to him). He has as big of a heart as anybody in baseball. I love watching him pitch."

Pedro Martinez said @MStrooo6 would be better than him. The praise doesn't get higher than that. pic.twitter.com/qxb1TfGvN3
— Faizal Khamisa (@SNFaizalKhamisa) April 2, 2016


Here is David Ortiz being really nice to this young Jays fan, on TVA Sports.

Ortiz was warmly received in Montreal by all, including Jays fans. However, they better not give any standing O’s in the Dome. Unless it’s the last day of the season and the Sox are 17 games out. Other great thing about that video? You can hear the French language broadcast, which is pretty excellent.

Of course, our resident Montreal boy got a lot of coverage. I'm going to translate the press conference Russell Martin did for my own blog Hum and Chuck . It will be up soon and I'll add the link here, too. Just as a preview, he was adorably excited. Look at this mug: 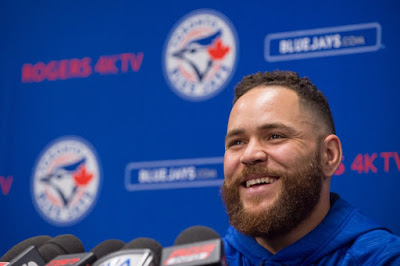