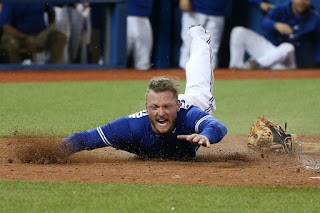 In this bit I'll share stories (some NSFW), stats and quotes about your Toronto Blue Jays.
Your job is to separate fact from fiction, the answer key is at the end of the post.

1) John Gibbons choked to death on a post game chicken wing during spring training. A fast acting Roberto Osuna dislodged the offending fowl and then used a portable defibrillator to shock him back to life. A now conscious Gibby rubbed his hand across his whiskered face, got up and walked to the fridge. He cracked a Pabst Blue Ribbon and swilled half of its contents in one gulp. He then reportedly looked at Roberto and said "that's the biggest save of your career son, you're my closer." 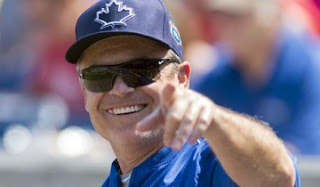 2) In an effort to prolong the life of his now famous battered glove, Troy Tulowitzki paid 1 million dollars for a square foot of Larry King's leathery skin. The skin in question was excised from Larry's ample back hunch. Tulo worked with a local leather crafter (who asked not to be named) to successfully graft the crusty King husk onto the existing leather. When asked about the finished product Tulo said the hairy hide works well but said it has a distinctive odor. When asked what it smells like Tulo replied " Ahh.... Depends." 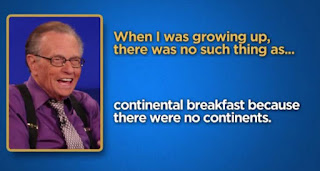 3) Josh Donaldson's dick was forged in the fires of Mount Doom. 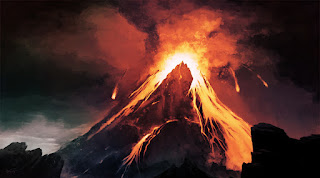 4) When a member of the grounds crew pulled up second base to lay the new dirt infield at Rogers Centre Russel Martin picked up a rock and threw a perfect seed killing the man. When an exasperated S.V.P. Stephen Brooks yelled "what the hell are you doing Russel?" Martin replied "Nobody steals second on me." 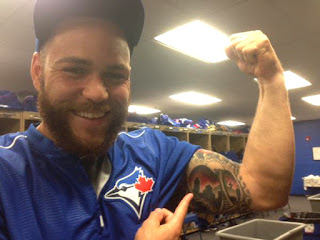 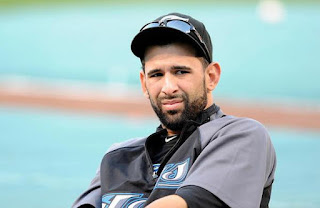 6) After Edwin Encarnacion orgasms he raises his right arm shoulder height and runs around the bed counter clockwise. 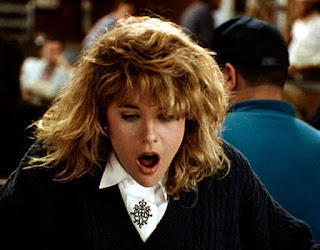 7) This spring after taking a piss Josh Donaldson picked up JA Happ and then banged him against the side of the urinal.
When Happ asked him what the hell he was doing, Josh said, "Sorry, I thought you were my penis". 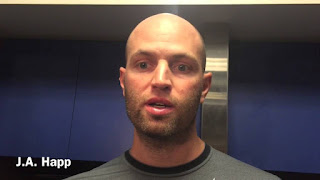 8) RA Dickey absolutely fuckin hates that Happ also has a two initial first name.
He told him he has to compound them into one. 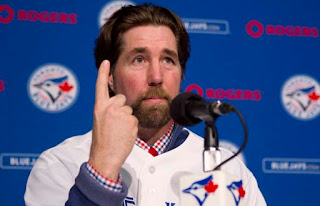 9) Jessie Chavez has a prosthetic ass that he wears to the bar. 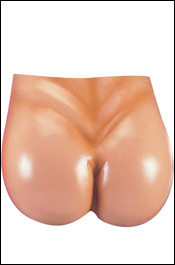 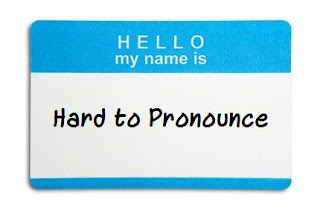 11) Darwin Barney once choked out a nun because she cut him in line at a Pinkberry. 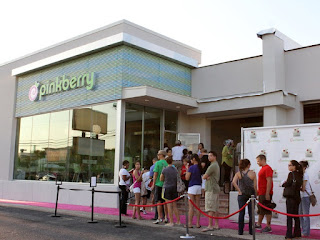 12) Like Josh Donaldson wasn't popular enough but now reports have surfaced that he has a Root Beer flavored dick. 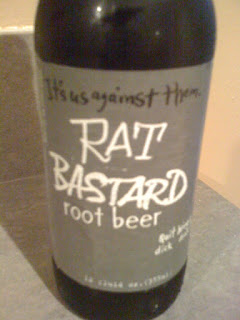 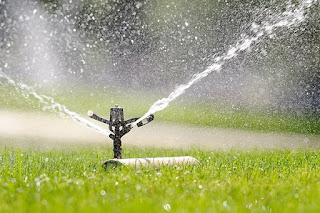 14) Kevin Pillar has a boat named the "S.S. I'm The Most Unappreciated Blue Jay in History". 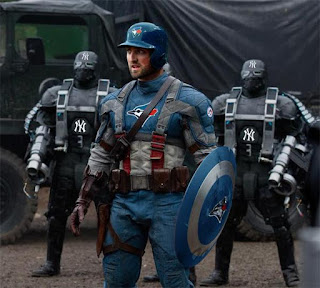 15) When Ryan Goins and Jerry Howarth feed the pigeons in the park together their hushed conversations often turn to what they're going to do about Devon Travis. 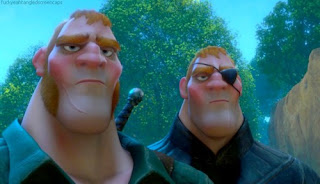 16) Josh Donaldson's dick has more friends than me on Facebook. 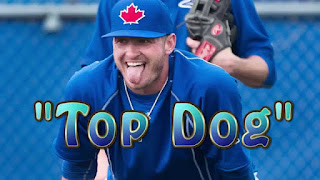 17) Marcus Stroman often jumps on Justin Smoak's back and makes him walk around the clubhouse.
Stroman makes the entire team address them as "Master Blaster". 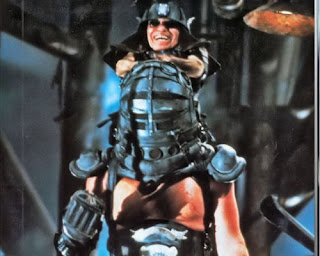 19) Unfrozen cave man Brett Cecil doesn't understand baseball. He just "throws the ball towards the 3 guys by the white thingy until everyone starts walking towards the caves beneath the noisy people." 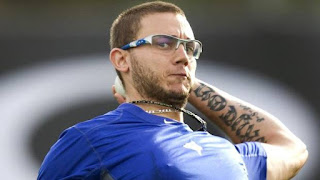 20) Justin Smoak has to climb a vine to get to his house. 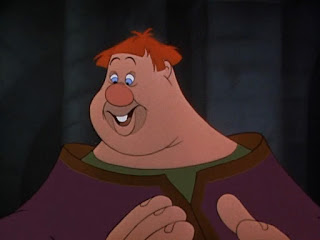 21) The people of the Shire consider Barry Davis a sellout because he wears shoes.


It's Friday and we've got the Sox, get those beers in the fridge and practice your heckling on your coworkers. We can't have any passengers, we're on a winning streak. 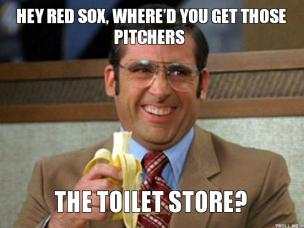